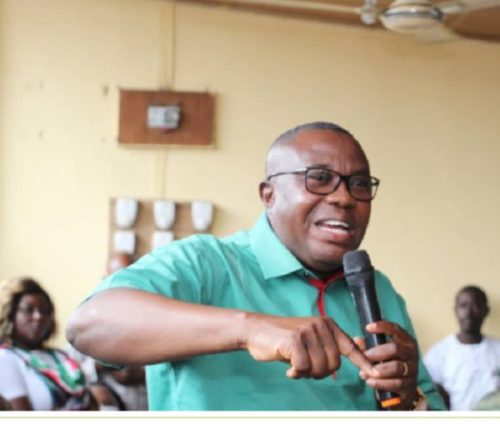 According to him, the voting area was too crowded making the casting of votes no longer secret.

“You go so close to the polling boots and you realize that there is nothing like a secret ballot that is taking place. The distance between the ballot box and polling booth and where the people are standing doesn’t really make it a secret ballot. I went there and asked the police to move the people a little farther from the box” he told Metro TV.

Meanwhile, he intends to make a formal complaint to the party’s Planning committee.

“We all want to have an orderly election, accept the results, and move on as a party but the process must be open, transparent, and orderly and I think it is becoming a little more chaotic. Someone has shown something where some cameras have been set up in a way that when people are voting they could capture the voting from the polling booths. It is something that I’m going to complain to the Planning Committee that it is unfair for you to set up a camera that locates the polling booth” he added.

See also  I have Made The General Secretary Position Lucrative; I’m Not Surprised People Are Rushing For It- John Boadu (VIDEO)
See also  From Opoku Ware SHS to KNUST to Supersports & NPP — Detailed profile of 40yr old Justin Kodua JFK

Previous Our Congress Has Been ‘Chaotic’ – Samuel Ofosu-Ampofo ‘Cries’
Next Mosquito, Fifi, Yamin, Sammy Are All Incompetent like JM- Chairman Wontumi