NDC Youth Turmoil: “I’m ready to meet you in the gutters” — Pablo to Sam George 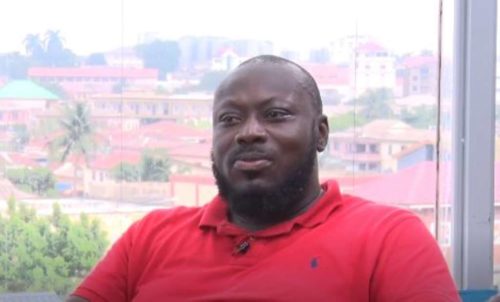 National Youth Organizer of the National Democratic Congress(NDC) George Opare Addo Pablo has said he is ready to meet Ningo-Prampram MP in the gutters.

According to the NDC Youth Leader, he didn’t need the endorsement of Sam George to win the youth elections. He described Sam George as someone who lacks credibility.

“If I want endorsement from someone, Sam George? What credibility does Sam George have to sit in Parliament” Opare Addo Pablo said on Asempa FM Tuesday.

“He should bring it on, I am ready to meet him in the gutters oo… Aah, how did we cook it that that it is not ready [direct Twi translation] … Those MPs he is there in Parliament with, who respects him …. If he respect himself, I will respect him” he added.

The two are fighting after the latter endorsed Yaw Brogya Genfi against the former leading to bad blood.

Opare Addo Pablo earlier described the Ningo Prampram MP as one of his small boys in 2008 and an influence peddler who thinks he can control affairs.

The Ningo MP replied via a Facebook post warning Opare Addo not to repeat such utterances again otherwise he will deal with him.

Tags NDC Youth Turmoil: “I’m ready to meet you in the gutters” — Pablo to Sam George

Previous C/R: Man arrested for stealing two pregnant cows at Winneba
Next Meet The 6 Leading Samuels in NDC and the 1 Samuel suspended from the party