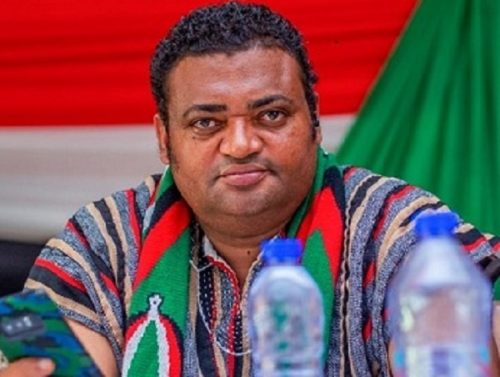 President Nana Addo Dankwa Akufo-Addo has been accused of exhibiting an indifferent attitude leadership style even in his failure when the country is at a crossroads with its economy.

That is the position of National Democratic Congress (NDC) stalwart Joseph Yammin who was at a point in John Dramani Mahama’s government served as a Deputy Minister for Ashanti Region.

Mr. Yammin commenting on the president’s address to the nation on the state of the economy and measures to rescue the suffering masses said, Akufo- Addo has not shown empathy and true leadership during these times of crises.

He was speaking on EIB Networks’ Ultimate 106.9 FM monitored by MyNewsGh.com

“You see is not about the President’s failing is about the arrogance of his failings, the man is failing with some pride, it’s like he doesn’t care he is failing and that’s a worry”

“If you admit that things are getting worse, your actions should speak to that level, when I listened to excerpt of the president and I thank God, I didn’t watch him, I was engaged in part activities in my constituency which was productive, I knew his actions were going to insult Ghanaians like it has always been and he won’t say anything”

“If cutting down 30 % salaries of his appoints was his solution to our economic woes, then the president does not understand what’s happening, I can tell you then we have a problem”

“We are yet to see any indication that when he said the same thing early this year or so, that is happening, what is the prove” he questioned.

“Let me even ask, how much is that 30 % cut by the president and his appointees”, he quizzed.

He is urging the President to rather promise Ghanaians not to travel on chartered private jets.

“The president must spare us and rather stop hiring private jets that is costing the taxpayer 20 thousand pound’s an hour and not the whimsical so-called deductions of his appointee. You do the maths and see the expenditure by the president and he didn’t talk about that, is he serious about addressing the problem. The president travels and spends all these monies and comes with nothing. If he is bored, he hires the jets goes to Germany and invites the NPP women’s wing and they come and sing Nana show-boy, Nana show-boy and he is happy”

“He is failing arrogantly and with pride, he simply doesn’t care about it. I am aware that when he left Kumasi to Accra the next day he flew in the private jet , 15 thousand , 17 thousand pounds an hour , so this man is telling all Ghanaian to embrace the difficulty Nana Addo is not in a difficulty”, he wondered.

“He can make a public announcement that he would not fly in private jets , till the economy is stable , then we know that he is committed , so the man doesn’t know what he is talking about and he does not care”, the former appointee lamented.

Previous Today’s Newspapers Headlines, Wednesday, November 2, 2022
Next BoG has only $25m of $104m needed for imports but Bawumia has chased ‘strategic partner’ Abochi into hiding – Adongo