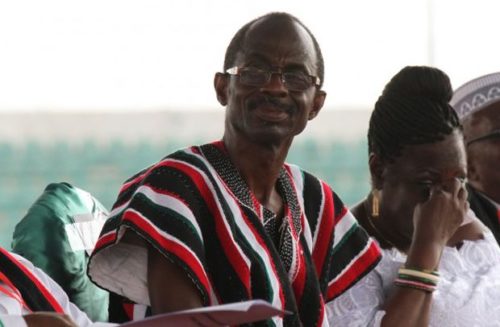 According to the aspiring National Chairman, NDC intention when it forms next governmnet would not be to fight illegal mining in the country as they would be allowed to continue with their trade.

General Mosquito as he is affectionately called noted that they would rather regulate the industry and ensure that the country’s natural resources are used responsibly without threat to the environment.

“We won’t stop mining, we’ll extract the resources. The extraction isn’t the dilemma but the method is the problem.”

“If anyone promises to stop mining in Ghana, that person is a liar.” Asiedu Nketiah emphatically stated when speaking on Kumasi based Oyerapa Fm.

The NDC General Secretary continued that his party would implement steps to ensure sustainable mining if elected in 2024 since so many young people in mining towns rely on the industry for their livelihood.

He said that the NPP administration should deal with kingpins inside the party and establish regulations for miners if it really wants to put an end to unlawful mining.

He promised not to shield any of his appointees who might be caught engaging in activities of illegal mining.

The President recently suspended the District Chief Executive (DCE) for Bosome Froho in the Ashanti over an audio recording which has gone viral on social as someone was heard encouraging illegal mining.

The DCE, Yaw Danso has denied that it was his voice on the audio, saying that he has no connection with the audio.

Meanwhile, government has instructed the appropriate investigative bodies to ascertain if the voice is that of the DCE.