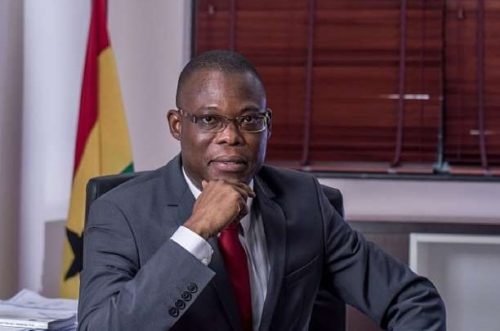 The newly elected General Secretary of the National Democratic Congress (NDC), Fifi Fiavi Kwetey, has pledged that his office will accurately collate the party’s 2024 election results on time.

He said when that happens, their opponents will not be able to alter the results of the elections.

Then former minister recounted how he led a team to collate the election results in 2008 and 2012 where the NDC won massively and formed government and hastened that same could not happen in 2020 although the votes for the NDC appreciated in the last general elections.

Speaking on Citi TV, Fifi Kwetey observed that the NDC could not collate its results in 2020 and reiterated that under his tenure as the CEO of the party, such thing will not happen.

“In the last few elections that we didn’t do too well, our main problem was that we simply failed to collate our own results. In 2020 that was a massive issue. We simply could not do that,” he said.

See also  TESCON, MMDCEs and more: See the FULL List of Delegates who will elect NPP’s next National Executives & more

“In 2008, we were able to collate our results very early and therefore we were able to establish beyond doubt that we had won the parliamentary which of course we won in 2020,” he added.

Assuring the NDC of his commitment to supervising an effective collation machinery in 2024, Fifi Kwetey stated that those times that the party struggled to collate its results efficeiently “will be a thing of the past.”

In a similar interview with Daily Graphic, Fifi Kwetey vowed to rally the rank and file of the party to deliver a one-touch victory in the 2024 general election.

“We don’t assume it is going to be easy because of the economy. We must go out there, prove and establish to the people of Ghana that we are clearly a credible alternative to deliver the hopes and aspirations of the people,” he said.

“We must go out with humility, a lot of determination, its going to be competitive. We have done it before and we are here back on time to deliver again,” he emphasised.

The former Deputy Minister of Finance said it was the desire of the rank and file of the party for the NDC to return to power hence the decision by the delegates to go in for new leadership to bring that desire into fruition.

That, he said, happened at the Accra Sports Stadium, the venue for the 10th National Delegates Congress of the party last Saturday, where the delegates voted to elect new leaders to prosecute the agenda of returning the party back to power.

Mr Kwetey said his two contenders in the race for the General Secretary position, Dr Peter Boamah Otokunor and Elvis Afriyie Ankrah, had called to congratulate him while he had also assured them of his willingness to bring them on board to prosecute the winning agenda.

Previous I see 2024 elections as a war – Joseph Yamin warns NPP
Next If government can be blamed for cedi depreciation, why can’t this same government be credited for the appreciation of the cedi? – NPP