NDC Polls: Violence, propaganda are trademark of the party, they’re not the alternative – Bempah 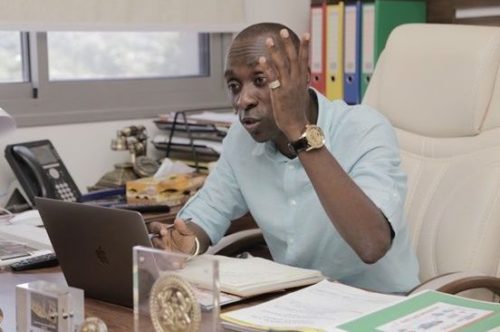 A Deputy Communications Director of the New Patriotic Party (NPP) Ernest Owusu Bempah has criticized the National Democratic Congress (NDC) for the violence that characterized the internal elections over the weekend.

In his view, violence, propaganda and lies have been the trademark of the largest opposition party in Ghana.

His comments come after the Ghana Police Service declared 16 people wanted following violent disturbances at the 10th National Youth and Women’s Congress of the NDC held at Cape Coast in the Central Region on Saturday, December 10.

According to the police, while proceedings were ongoing at the Congress, two rival groups violently clashed throwing stones, blocks, sticks, clubs, chairs among others, causing injury to three persons and destruction to property.

The intervention of the police brought the situation under control for the processes to continue to the end without any further incident.

“After an initial review of Police-specific video footages of the event, 16 suspects have so far been identified as some of the people involved in the violence and have been declared wanted,” the police said in a statement on Sunday, December 11.

A GH¢10,000 reward has been set aside for any member of the public who can provide credible information to the police that can lead to the arrest of any of the suspects.

The police have released photographs of the 16 wanted persons extracted from the police specific-footages for the public to assist in identifying them.

The Congress saw the re-election of George Opare Addo as National Youth Organiser.

Investigation is ongoing to further identify and arrest other perpetrators involved in the violence to face justice, the police said.

Speaking to journalists in Accra on Sunday December 11, Mr Owusu Bempah said “Ghanaians have realized that the NDC is not a party to be voted for. Even in internal elections they are killing themselves, they will turn round and unleash the same violence on the people of Ghana in any elections.”

He added “we all remember when former President John Mahama said when it comes to violence, NDC comes from a revolutionary background and nobody can beat them to it, that is exactly what they exhibited during their internal elections to elect party executives.

“We are calling on the National Peace Council, chiefs and opinion leaders to call them to order. For us in NPP, we love peace, we elected our leaders in a peaceful manner and we are sounding this caution to them that in 2024 elections Ghanaians are going to reject the NDC, we know that they intend to resort to violence but the people of Ghana will stand up and defend the Constitution of Ghana, they are not the alternative for the people of Ghana, Lies propaganda and violence is their hobby, Ghanaians believe in the NPP.”

NDC Polls: Violence propaganda are trademark of the party they’re not the alternative – Bempah 2022-12-12
admin
Share

Tags NDC Polls: Violence propaganda are trademark of the party they’re not the alternative – Bempah