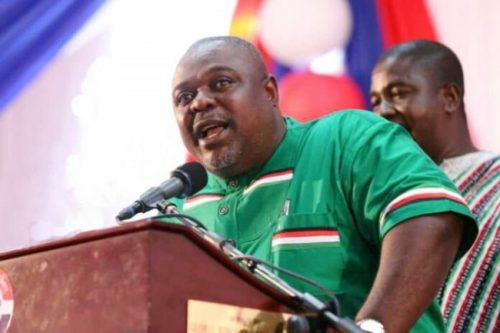 A Former Deputy General Secretary of the National Democratic Congress (NDC) Koku Anyidoho has said the results of the youth and national women’s organizer elections of the NDC give him hope.

In his view, money could not influence the delegates to vote in a particular way.

In a tweet, he said “Yesterday’s NDC Youth & Women’s Wings election results gives me hope: the, ill-gotten, stinking & filthy monies could NOT buy victory for the scavengers & hijackers.

“A week hence, we would have gotten rid of Asiedu-Nketiah, & NDC will begin to shine ✨ again. Revo Rev.”

During the elections held at the University of Cape Coast (UCC) on Saturday, December 10., the incumbent George Opare Addo won the National Youth Organiser position of the party.

The elections during the 10th Youth & Women’s Conference of the largest opposition party was held up for long hours after disagreement with the album.

Supporters of both candidates, 3news.com gathered, disagreed over the list regarding the student wing of the party, the Tertiary Education Institutions Network (TEIN).

This erupted into confusion, holding the Conference up for hours.