As preparations towards the National Democratic Congress (NDC) national election heats up, three stalwarts of the party Wednesday and last Tuesday, respectively, filed their nominations to contest the national chairman and the general secretary positions of the party.

Mr Ofosu Ampofo and Mr Ashitey filed to contest the national chairmanship position while Mr Ankrah filed for the position of General Secretary. 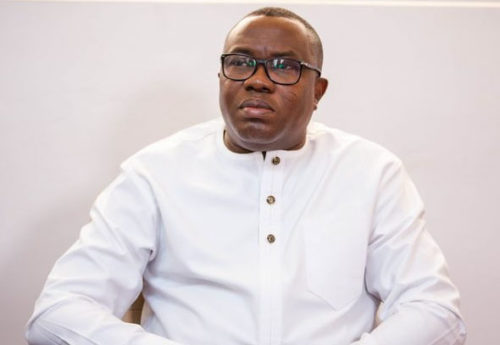 Addressing journalists after submitting his nomination forms at the party headquarters yesterday, Mr Ofosu Ampofo pledged to unite the party for victory in the 2024 general election

He said the only way the party could win the upcoming election was to focus on things that united its members rather than what divided them saying; “I will continue to build bridges and not walls”

Mr Ofosu Ampofo said he would continue to build an all-inclusive party, united and focused under the guidance of the party’s core values of freedom, transparency, solidarity, probity, and accountability.

He pledged to train over 80,000 polling agents in a year before the general election to enable the party to strengthen its oversight during the elections.

Mr Ofosu Ampofo promised to review the party’s constitution to reflect the new reality of the role of its council of elders while synchronising the party’s structure to restore consistency and institutional efficiency at all levels.

Mr Ankrah, who also submitted his forms yesterday, later in a press conference, appealed to delegates of the party to make the right choice and give him the mandate to steer affairs of the party in the upcoming delegates conference.

He said despite possessing the necessary skills and experiences which made him uniquely qualified, it was the delegates who had the responsibility to give him the mandate to help the party win the 2024 general election.

“This is why I say to you that you are playing the role of God and you must see your responsibilities both as democratic and spiritual because the very survival of this country and this democracy rests on it,” Mr Ankrah said.

He said the country under the governing New Patriotic Party was marred by a series of economic and democratic instabilities.

He, therefore, stated that the NDC, led by him, as the party scribe, was the last frontier of hope for the masses.

He, therefore, urged them to view the upcoming delegate congress as the most critical election in the history of the country.

See also  NDC polls: We voted against Ofosu-Ampofo for his 'love affair' with NPP – Yamoah Ponko

Mr Ashitey, who is a former Member of Parliament (MP) for the Korle Klottey constituency, who filed his nomination last Tuesday, told the Daily Graphic in an interview at the party’s headquarters that he was the first to file.

Asked about his mission for contesting, he said he wanted to lead the party to help restore confidence in the NDC.

Mr Ashitey said he had the qualification to lead the party as Chairman after going through the hierarchy from the branch level to serving as Mayor of Tema under the first NDC administration from 1992 to 2001 and as minister under the Prof. Mills and John Mahama administrations.