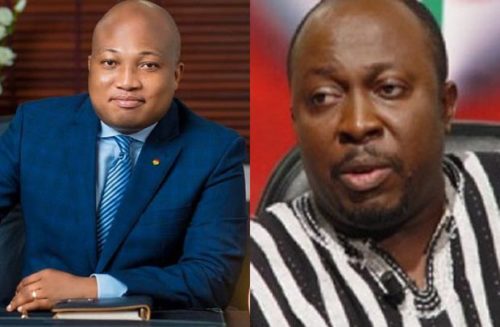 It has emerged that former NDC Member of Parliament (MP) for Akwatia, Baba Jamal, offered legal representations in court to five Chinese nationals, who were accused of engaging in illegal mining activities, contrary to claims.

Some members of the opposition National Democratic Congress (NDC) took offence when news broke on Tuesday that the immediate past National Chairman of the New Patriotic Party (NPP), Freddie Blay, is the lawyer for some three Chinese nationals and one Vietnamese standing trial at the High Court 5 for illegal mining-related offences.

NDC MP for North Tongu, Samuel Okudzeto Ablakwa, while blasting Mr. Blay for attempting to undermine the efforts against galamsey, asserted that lawyers belonging to the NPP have the penchant of defending Chinese illegal miners.

He wrote on his Facebook wall: “Those who know what I know won’t be the least surprised that former NPP National Chairman, Mr. Freddie Blay, is the new lawyer for Aisha Huang’s accomplices.”

“Messrs Donkor and Owusu-Fordwouh appeared for Aisha Huang and her other four accused Chinese nationals on numerous occasions at Criminal High Court 4 from July 21, 2017, before His Lordship Justice Charles Edward Ekow Baiden until that knavish January 2018 Mövenpick Ambassador Hotel Accra meeting where the powers that be strangely issued strict instructions about their preferred lawyer for Aisha Huang.

“They mentioned Nkrabeah Effah Dartey as the lawyer government was more comfortable with. That is how Aisha Huang dropped her earlier lawyers and accepted Effah Dartey,” he stated.

He continued, “Nkrabeah Effah Dartey was also present in court on December 19, 2018 when the Akufo-Addo/Bawumia government filed its infamous and treacherous nolle prosequi making Aisha Huang and her collaborators free as they were discharged immediately.”

“This government must really have such a special interest in the Aisha Huang affair that it always schemes under bizarre, nefarious, unpatriotic and destructive circumstances to ensure that only a certain calibre of ‘trusted’ and ‘preferred’ lawyers associate closely with the Aisha Huang case,” the North Tongu MP pinned.

This has laid bare the opposition NDC’s true colours of playing a hypocritical double-standard game on the fight against illegal mining activity, popularly known as galamsey.

The NDC’s ploy to portray itself as a defender of the country’s environment and fighter of the galamsey menace imploded when it attacked the NPP government in October 2020 for arresting illegal miners and promising amnesty for them.

“When the NDC comes into power, citizens who were arrested because of galamsey will be given amnesty to return to their families. I believe they have shown remorse for any law they flouted, so we will release them and give them another chance,” the 2020 NDC presidential candidate, ex-President John Dramani Mahama stated, while addressing the people of Odum-Banso in the Western Region.

There have been suggestions that Mr. Ablakwa turned a blind eye to the Baba Jamal’s representation and the NDC’s savageness in the galamsey menace, and described a normal legal representation of accused persons by a law firm as acts of trickery and political chicanery based on Mr. Blay’s association.