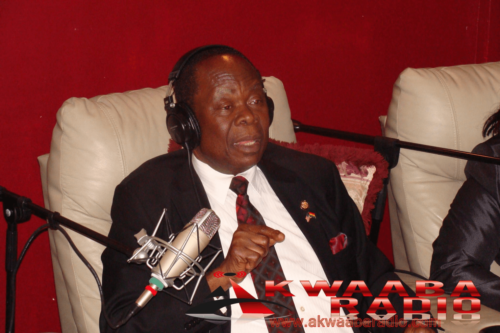 An Elder of the party and former Ghana Ambassador to the USA, Daniel Ohene Agyekum has stated that the elected national officers the delegate’s decision must be respected as such.

He contends in spite of losers feeling pained, the ultimate focus of the party must be towards winning the 2024 elections and bringing relief to the many Ghanaians who have hope in the NDC.

He was speaking to Julius Caesar Anadem of Ultimate 106.9FM in Kumasi monitored by MyNewsGh.com.

“The over 9,000 delegates or so who cast their votes have done the right thing, their vote is the decision of the party and everybody must respect that decision whether your candidate won or lost”

“As I said whether Asiedu Nketia or Ofosu Ampofo, the NDC is the winner they are both good in their respective areas and bring different abilities to the table”

“Elections end with pain but we must dust ourselves and focus on the big picture. The victory of 2024 is paramount and we must work towards that, loser or winner alike and I know that will happen, trust me that is NDC for you” he said.

Ambassador Agyekum described the congress as one of the best held in the annals of the party’s history.

He attributes the feat of the NDC to the counsel given by the Council of Elders after the commotion that characterized the youth and women wing elections in Cape Coast and positive feedback from other stakeholders in the party.

He heaped praises on the planning committee of the congress which was spearheaded by Alex Segbefia, as its chairman.

“This is one of the best congresses in terms of ensuring that there was safety, there was a peaceful environment for those who participated and even observers at the event”

“The organizers did a good job, so much went into it to make the day successful, kudos to all those individuals there effort will not go in vain”, he praised.