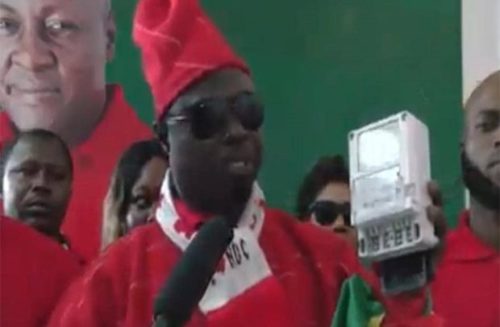 A group within the opposition National Democratic Congress (NDC) identified as ‘Eagle Eye’ on Monday afternoon went on rampage at the National Headquarters of the party at Adabraka, Accra demanding the resignation of the Deputy General Secretary of the party, Babara Serwaac Asamaoh over the installation of illegal prepaid meters.

The group dressed in red clothes with NDC mufflers around their necks stormed the headquarters in a Mini Bus and forcibly entered the premises of the party office as they clashed with the security men at the main entrance.

They reportedly entered the third floor office of the Deputy General Secretary, Barbara Serwaa Asamoah, removed a prepaid meter allegedly installed by her illegally, and further decided to enter her office to attack her but met her absence. 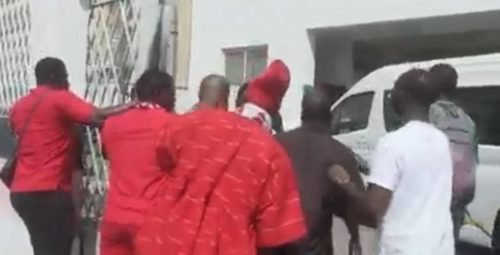 The group was led by suspected party hoodlums as their leaders threatened in a video to deal with Babara Asamoah for ‘allegedly installing a prepaid meter in her office.

Barbara is a close confidante of the National Chairman, Samuel Ofosu Ampofo who is being challenged by the outgoing General Secretary, Johnson Asiedu Nketiah.

According to the group leader, Babara Asamoah has deliberately installed an illegal prepaid meter using it in her office, which is an illegal conduct against the party rules and running a cost to the nation. 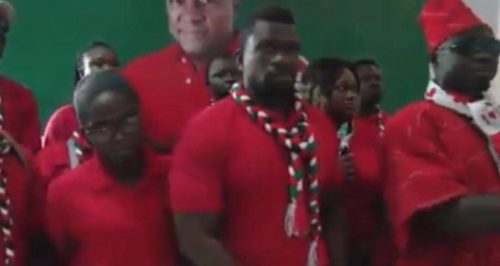 He warned that the action of the Deputy Party Scribe is being supported by some bigwigs of the party, therefore calling on her to desist from such action, issued her resignation letter from the party in the next 72 hours, or face their wrath.

They further called on the Electricity Company of Ghana to run an audit of the said prepaid meter and prosecute the party officer as soon as possible.

The group after sounding the threats to the Deputy General Secretary thereafter left the party office after being chased away by the party security men who nearly exchanged blows with them. 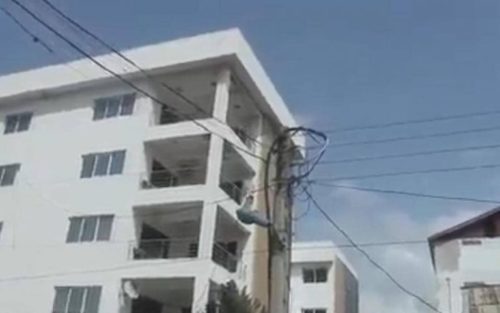 The party General Secretary, Johnson Asiedu Nketiah, in a statement condemned the actions by the group adding that the party will take immediate steps to involve law enforcement agencies.

Below is the statement

In the early hours of Monday 31st October 2022, a group of persons managed to gain entry into the national headquarters of the National Democratic Congress at Adabraka in Accra.

Upon entering, the said group, clad in red and fuming with rage, entered the 3rd-floor office of the Deputy General Secretary, Hon. Barbara Serwaa Asamoah, and removed a prepaid meter. Soon thereafter, the spokesman of the group addressed the crowd that accompanied him and threatened to deal with the Deputy General Secretary for allegedly installing a prepaid meter in her office.

The Leadership of the NDC wishes to condemn in no uncertain terms this blatant act of thuggery and criminality and will take immediate steps to involve law enforcement agencies to deal with the miscreants and their sponsors.

The party will take additional steps to identify all who entered the premises to carry out this dastardly act and to subject them to the disciplinary measures provided by the party’s constitution.

No member of the party has any right whatsoever to attack any leader of the party at any level for whatever reason. Any attack on a national officer is an attack on the entire leadership of the party. And any of those elements who are party members will be dealt with without fear or favor by the laws of the party.