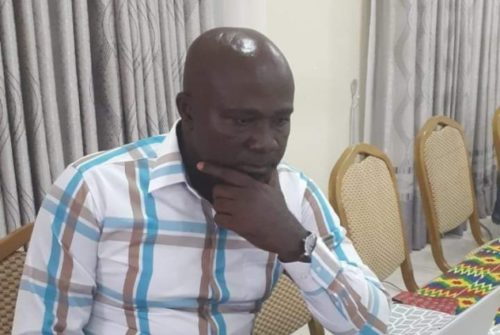 The announcement of suspension was made yesterday at an emergency meeting the Management of the Scheme held with Mr. Alex Opoku Mensah.

“The Management decision is to allow further investigation into the alleged verbal assault on a nurse on duty at the Manhyia Government Hospital in Kumasi,” a statement signed by Ambrose Entsiwah Jnr. Ag. Director. Corporate Affairs said.

Meanwhile, a committee comprising representatives from the National Service Scheme, Public Services Commission, and the Ministry of Education, has been set up to investigate the matter and to submit its report to the NSS Management within one month.

Mr. Opoku Mensah is thus expected to appear before the Committee on Monday, December 5, 2022.

The father of the house officer, who is the Ashanti Regional Director of the NSS, Mr. Opoku-Mensah verbally abused and attacked a nurse at post at the Manhyia Government Hospital in Kumasi for disrespecting his daughter.

The nurse had called the house officer to suggest a change in prescription because what the latter prescribed was unavailable at the pharmacy.

But the house officer is said to have taken offence at how the nurse spoke with her.

The house officer happened to be in the company of the father when she spoke with the nurse on phone. As such, Mr. Opoku-Mensah was infuriated by the turn of events and followed his daughter to the hospital.

In an audio recording, the angry NSS director is heard raining insults on the nurse describing her as an unqualified nurse who gained admission into nursing training school through sexual favours.

“You are very frustrated…Who born dog?…you envy her, you don’t respect. Are you a doctor? Who are you? Are you mad? Is the hospital yours? Stupid idiot.. that your useless nursing that you do, useless woman… Do you know who I am? I am the Regional Director of National Service Scheme. Some of you are under me,” Mr. Opoku-Mensah said in an audio recording that has gone viral.

In response to the development, the GRNMA in a statement says nurses in the facility will embark on a strike action if the government does not sack Mr. Opoku Mensah from his position.

The association has therefore given the government 72 hours ultimatum to act on their demand.