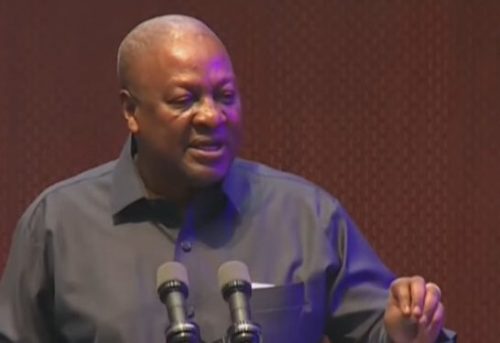 Former President John Mahama has said it will not be enough for the Finance Minister, Ken Ofori-Atta, to be replaced.

The former President wants President Akufo-Addo to “reconstitute and take control of the economic management team himself,” which is normally headed by the Vice President.

Mr. Mahama in his address on the state of the economy said the Finance Minister’s position was currently untenable.

Some Majority MPs had called for the dismissal of Mr. Ofori-Atta, and the Minister of State at the Finance Ministry, Charles Adu Boahen.

The President resisted calls from his own party for Mr. Ofori-Atta to be replaced and asked that he be given time to complete the International Monetary Fund deal and 2023 budget.

But Mr. Mahama believes there is no basis for the President’s appeal.

“Budget preparations and IMF negotiations are the results of teamwork. They are not the work of one individual. I fail to see how the absence of the minister will affect the preparation of the budget and the negotiations with the International Monetary Fund.”

“There surely must be persons with the requisite experience in the NPP to carry on this work,” the former President added.

While the Minority in Parliament is trying to push a motion for a vote of censure on the Finance Minister, it maintains that the Vice President, Dr. Mahamudu Bawumia, must be held accountable for Ghana’s economic crisis

Previous John Mahama’s full speech on ‘Building the Ghana we want’
Next Practice self examination of breast cancer, one week after menstruation – Women advised