NABCO was a waste of state resources – Kennedy Agyapong 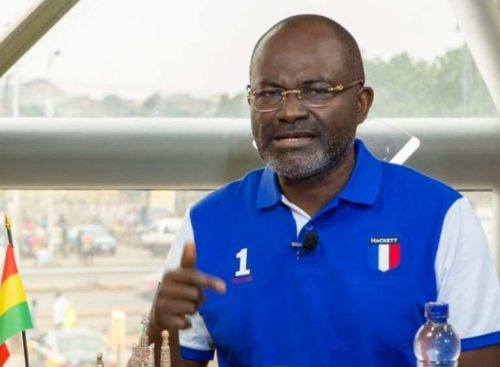 To him, the government was presented with an opportunity to industrilize the country in order to create jobs for the youth but rather took the easy way out and that has led to the high number of unemployed youth in the country.

“For Government to pick the youth and place them in offices where they were doing nothing and being paid Ghc700 is worrying. Government could have used the money to build industries which could have employed 20,000 permanent workers to reduce the number of unemployed youth,” he said.

Kennedy Agyapong argued that Ghana needs a lot of industries.

He said he has a problem with the business model of the development bank indicating that they should rather be giving out loans to local businesses to grow and not commercial banks.

Regardless of the failings, he said claims that Nana Addo Dankwa Akufo-Addo has done nothing for the country is untrue because investments in one district, one factory is yielding great results and the country will be reaping its benefits.

The Nation Builders Corps (NABCO) programme is a government initiative to address graduate unemployment to solve social problems. The focus of the initiative will be solving public service delivery in health, education, agriculture, technology, governance and drive revenue mobilization and collection.

The programme was run for three years and has ended leaving personnel unemployed.

Tags NABCO was a waste of state resources – Kennedy Agyapong