My victory is a step to taking NDC higher – Fifi Kwetey 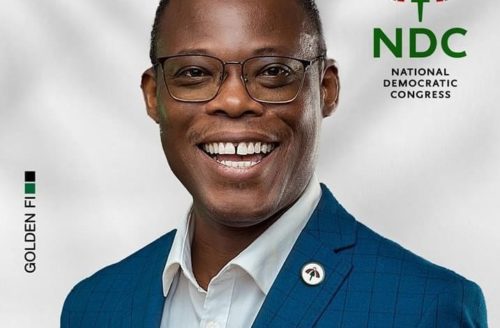 NDC General Secretary, Fifi Fiavi Kwetey, has indicated that he will work “hand in hand” with his contenders and all structures to achieve “great things for the NDC and mother Ghana.”

Urging all members of the party to rally for victory in 2024, the former minister said his victory last weekend was for all NDC members.

“It is our collective victory. The first step on a journey to taking our  great party to a higher level and pushing to achieve the dream of a great and strong Ghana,” he said in a statement.

Kwetey takes over from Johnson Asiedu Nketiah who is now the NDC National Chairman.

In an interview, Kwetey said the new task was to pursue the collective interest of the grassroots to win power for the NDC in 2024.

He said Otokunor had reached out to him to congratulate him on his victory.

As an economist, Fifi Kwetey is expected to lead the party to a different level ahead of the 2024 elections which hinges on the economic policies political parties will come out with.

Previous Betty Mould-Iddrisu disappointed with outcome of NDC elections
Next No need for flagbearer elections; John Mahama is our man already – Hannah Bisiw