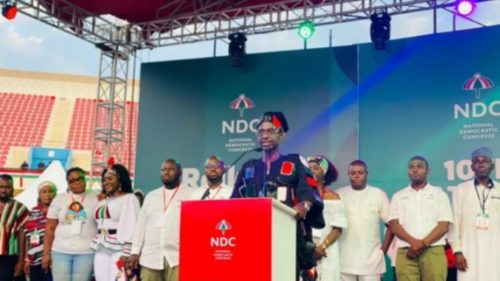 The NPP Chairman popularly known as Chairman Wontumi insisted that the current executives of the NDC were all old stocks whose appeal doesn’t go beyond their party.

“If you look at the executives the NDC has now, it is just an old stock with no mass appeal. They are all incompetent like their 2020 flagbearer, John Mahama”, Chairman Wontumi said to Wontumionline.com.

Joseph Yamin has been elected as National Organizer and Sammy Gyamfi has retained his position as National Communication Officer.

See also  "NPP-UK is stronger because of Chapters" - Andy Owusu