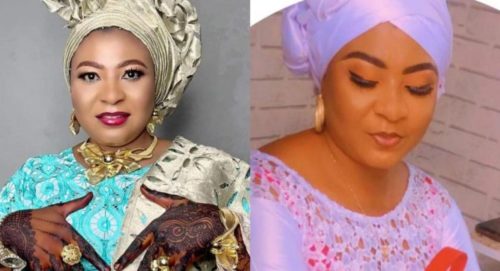 INTRIGUING DETAILS are beginning to emerge about the murder of Munira Moro, which sad incident occurred recently at Abeka, Accra.

Detectives are said to have reached a stage in their investigations where the body can be buried.

Earlier, her elder brother Samba, a resident of Mamobi in the Ayawaso North Constituency in the Greater Accra Region, had refused to have the body of the deceased buried immediately. He wanted a thorough investigation to precede the procedure.

When DAILY GUIDE spoke to him, he was managing to subdue the trauma he suffered after seeing the gruesome spectacle of the body of his sister.

Two theories have been bandied around following the murder, one being that her former boyfriend who had spent a lot of money in her education was behind the murder. This, however, soon evaporated into thin air as the allegation lacked substance and therefore, dropped by detectives in their search for clues in the dastardly murder.

DAILY GUIDE has learnt from an audio by a certain Hajara Burkina, a social commentator which has gained currency in the Zongo communities that on the fateful day the first wife was said to have asked her mother-in-law to accompany her to go and visit her premature baby at a hospital.

The two made the trip in a taxi even when she has a personal car.

It has also been said that the dumping of the dead body in the room of the first wife was intended to be a ruse. The remains of her rival in her room would remove any doubts that she was the source of the murder and would indeed attract sympathy for her rather.

Until this latest information, she did attract such sympathy anyway.

Hajara Burkina, in Hausa, speaks volumes about the murder of Munira who met her death ten days after her wedding.

“The woman was not killed by a gang to which she belongs as being speculated by some persons. The killing was done by the first wife and her brother,” she alleged in the audio.

She alleged the first wife had a premature baby and on the fateful day she did not use her own car as she proceeded to the hospital to visit the premature baby with her mother-in-law and kids, leaving nobody in the house, she said, adding that she went by a taxi.

Upon reaching the said hospital, Hajara Burkina continued that the first wife “asked her mother-in-law to wait in the hospital as she returned to the house with the same taxi driver, stopping briefly on the way to pick her brother.”

Upon reaching the house where the bride was, Hajara Burkina said the first wife and her brother entered as she asked the cabbie to wait.

“After waiting for too long the cabbie went into the house to find out why his client was still not coming out. She queried him saying that after all she was going to pay him for the service so he returned to the car and waited. Armed with a metal and with the support of her brother, they hit the woman on her head, killing her instantly. They pulled the dead body to the suspected murderer’s room to serve as a convincing ruse.”

After the crime, she changed her dress and with her brother who dropped on the way, she returned to the hospital not before locking the room.

From the hospital, she and the mother-in-law returned to the house as if nothing had happened, the narration continued.

The mobile phone of the suspect is said to have provided important clues with which detectives are working with. Hajara Burkina concluded in Hausa in the audio: “I wish to state that the first wife and her brother murdered the customs officer aged 32, a resident of Mamobi in Accra but relocated to Abeka when she got married.”

The husband, Hajara Burkina added, had a Mamprusi woman as a wife before marrying the suspect with whom they have five kids. “As a result of endless issues in the marriage, the woman left the marriage and returned to the North following which the man married the suspect,” she said in the audio.

She added that the husband has developed a mental challenge following the murder of Munira Moro.