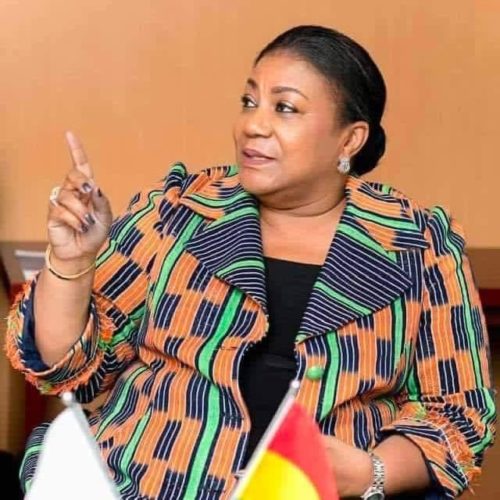 Award-winning investigative journalist Manasseh Azure Awuni has written a heartfelt letter to Mrs Rebecca Akufo-Addo to intervene in the matter of the payment of sweepers under waste management firm, Zoomlion.

Manasseh Azure Awuni wants Mrs Rebecca Akufo-Addo to talk to President Akufo-Addo to review the meagre payments received by sweepers across the country while Zoomlion keeps a large chunk of their salaries as management fees.

“I come to you to intervene to save about 45,000 Ghanaians who are being treated like slaves by your husband and a businessman whose activities are drenched in corruption.

The state of Ghana is responsible for recruiting and paying the sweepers of markets from Keta to Paga. The money to pay them is deducted from the Common Fund of the district assemblies even before the allocations to the assemblies are made.

Instead of allowing the assemblies’ sanitation departments to supervise the sweepers, the government has entered into a fraudulent agreement with Zoomlion.

He lamented that while Zoomlion makes a fortune from the contract with Government, the sweepers are left with a pittance and the Government of Akufo-Addo who had criticised the deal with Zoomlion has done nothing about it.

“Zoomlion makes 19 MILLION CEDIS EVERY MONTH from this deal. But the people in whose name the government created the programme go home with 180 cedis.

Madam First Lady, what can 180 cedis buy in today’s Ghana? Note that they don’t have health insurance, transport allowance or pension benefits. Nothing!

Your husband, President Akufo-Addo, and his party spoke against this “wickedness and fraud” while in opposition. They said President Mahama could not deal with the heartless contract because he was directly benefitting from it.

I have no evidence to show that your husband is a beneficiary of Jospong’s rot, but there is enough evidence that he is one of the loudest cheerleaders of Jospong,” he noted.

He stressed that Madam Rebecca Akufo-Addo ought to appeal to her husband to act to save the helpless sweepers and not remain unconcerned about the miserable situation.

“Kindly appeal to the conscience of your husband. He should not preside over this wickedness and do nothing. There is a God up there who hears the cries of these mistreated Ghanaians.

Do something about it, Madam. Do not harden your heart like your husband. Push this deal. Remember what Modeccai told Esther when she was reluctant to intervene for the Jews before the King:

“For if you remain silent at this time, relief and deliverance for the Jews will arise from another place, but you and your father’s family will perish. And who knows but that you have come to your royal position for such a time as this?”

The helpless sweepers are the persecuted Jews of Ghana,” he concluded.

Manasseh Azure Awuni’s investigations about a decade ago uncovered the ‘unhealthy’ contract between Government and Zoomlion almost decade ago and he has since advocated for the review of the contract.