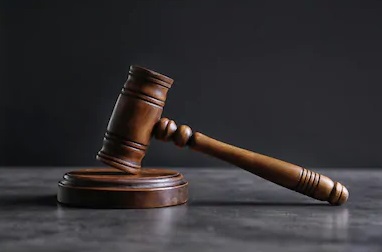 Lighthouse Chapel International (LCI), has initiated another contempt of court proceedings against Manasseh Azure and three others, this time accusing them of flouting the express orders of the court in connection with an initial contempt application filed against them.

An Accra High Court on October 25, 2022, found Manasseh Azure, Edwin Appiah, Sulemana Braimah and Media Foundation for West Africa, to be in contempt of court following six publications the court considered to be prejudicial to a case filed before it against the Church. Some of the articles were tilted ‘Darkness In A Lighthouse’.

The four were further ordered to apologise to the court and the Church which is the applicant in the case, using the same media spaces they used in publishing the articles which resulted in the contempt of court proceedings.

“The Respondents are ordered to purge their contempt by offering an unqualified apology to the Court as well as the Applicant in every media space that they wrote the articles. Each of them is to pay 200 penalty units or in default, one (1) month imprisonment,” the court presided over by Justice Akweley Quaye ordered.

But the Church has filed a new application before the court citing the four for what it describes in its affidavit in support as a total disrespect and contempt for the court.

“Notwithstanding the clear language the Court used in ordering or directing the Respondents to publish an unqualified apology to both the Court and the Applicant, the Respondents, and each of them, has refused to comply with the order of the Court to date,” the Church avers in its affidavit in support of the writ.

It said on the contrary, on the same date as the ruling and order was given, a publication , “being in the nature of a caricature of a qualified apology”, was put on the portal or media platform of ‘The Fourth Estate’ which was not a party to the case, “purporting to be in compliance with the order of the Court of that day.”

Lighthouse Chapel further contends that “the Respondents know that the order was not directed to the “Fourth Estate” which, in any case, is not a legal entity”
and therefore has no capacity to render any apology of any form.

“The Respondents and each of them also know too well that the contempt application which gave rise to the ruling and order was against them in their personal or individual capacities. That being the case, it is totally unimaginable for them to pretend that the Fourth Estate was a party to the proceedings.”

The affidavit in support further avers that the respondents knowing too well that the ‘Fourth Estate’ was never a party to the proceedings, “it is totally incomprehensible that the Fourth Estate could assume the responsibility of rendering an apology of any form by itself or be appointed by them to render an apology on their behalf.”

“It is also absolutely remarkable that, contrary to the order of the Court directed to the Respondents to publish an unqualified apology in every media space that the original publications were carried out, the Respondents or their surrogate, the said ‘Fourth Estate’, published their caricature of an apology on the Facebook walls of the 2nd and 3rd Respondents (Edward Appiah and Sulemana Brimah) and on the Twitter page of the 1st Respondent (Manasseh Azure) leaving out the Facebook wall of the 1st Respondent which had the highest hits of reviews of the original contemptuous publications.”

“This particular conduct of the 1st Respondent is a most self-evident manifestation of his and all the Respondents’ total disrespect and contempt for this court and the Applicant herein, it being a notorious fact that the 1st Respondent’s Facebook page is generally the most patronized media space among all the media spaces on which the contemptuous articles were published.”

The Church, therefore, takes the view that the conduct exhibited by all the Respondents in these circumstances, is not only contumacious, but was intended by the Respondents and each of them, being seasoned journalists, to spite the court as well as the Applicant.

“Also, the Applicant is keenly aware of the current trend of media gangsterism which has reared its ugly head in this country and considers it appropriate that this Court must show its displeasure as well as abhorrence of media practitioners who have become emboldened sufficiently to defy lawful orders of a court of law,” the Church further avers.

The affidavit in support adds that “The Applicant is accordingly of the considered view that this Court must not only convict the Respondents a second time, but must impose hefty fines on all of them as well as stiff custodial sentences on the 1st, 2nd and 3rd Respondents, without prejudice to an order directed to them to purge themselves of the earlier contempt.”

The application has been scheduled for January 24, 2023.

Previous Prof. Kwesi Yankah writes: Giving me a haircut in my absence
Next S&P downgrades Ghana to default due to debt payment suspension