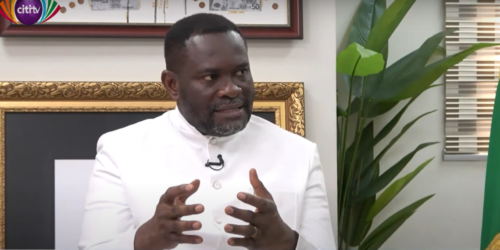 A Deputy Minister for Finance, John Kumah has refuted claims that the New Patriotic Party (NPP) government has borrowed more than any government in the history of Ghana.

He said current statistics and global events do not add up to make the government the worse when it comes to borrowing and that the Akufo-Addo government was borrowed at acceptable levels until Covid-19 struck and erased the successes and returns of those borrowing, which now makes it difficult to see the benefits.

Speaking to Umaru Sanda Amadu on Face to Face on Citi TV, Mr. Kumah said: “People may come to the conclusion that we have over-borrowed because of what happened. We borrowed GH¢3 billion from 2017 to 2019 for investments in building the economy, and we were making 7 percent on returns. If it were not Covid-19 which crashed productivity to zero, we will not be where we are because there will be returns to service the debt. But if you did investments and it gets crashed by Covid-19 and circumstances beyond you, it will now appear that you over-borrowed, but during the time that you were borrowing, you never anticipated these disastrous consequences.”

Elaborating on his defence, Mr. Kumah explained that, “our debt records are not the highest of any other Government. If you can remember, in 2009, when the National Democratic Congress (NDC) took over, the debt levels of Ghana were GH¢9 billion and $8 billion in dollar equivalent at the time but the time they were handing over to us in 2017, the debt level had risen to GH¢123 billion and that is about 1360 percent in terms of increment and percentage and in dollar term, it was about $29 billion.”

Stressing further, he said, “our current debt level is about GH¢464 billion as of today and in terms of percentage, it is just about 300 percent so if someone grew it by 1360 percent and you have increased it by 300 percent, I don’t see where people will say we have over-borrowed in the history of Ghana.”

He added that the National Democratic Congress (NDC) cannot be exonerated in this whole debt situation of the country because “their borrowing is also part of our current debt because it is a continuous debt profile and secondly, they never got hit by any global pandemic like Covid-19 or the Russia-Ukraine war that we find ourselves in.