It’s a lie, no woman can sleep in Black Stars camp – Abiba Locks 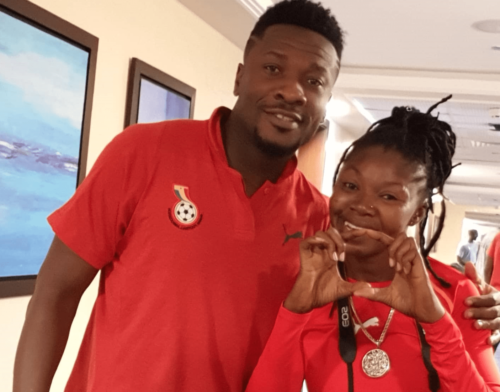 Abiba Locks who has been accused by Joseph Langabel of sleeping in the camp of the Black Stars and causing their defeat against Uruguay has responded to the allegations.

She says it is never possible for a woman to sleep in the camp of the Black Stars as Langabel claims she did and has done in the past.

“I want Ghanaians to know that it is never possible for a woman to be allowed to sleep in the camp of the Black Stars,” she revealed.

“This is a planned thing to soil my reputation. Langabel and Mavis Amanor planned this to bring a girl doing well down but the God I serve will make me triumph,” she said in a video reacting to the allegations.

Abiba used the opportunity to thank players in the Black Stars who have shown her love and helped propel her career to the next level.

Chief drummer for the Ghana National football team, Joseph Langabel has made some damning revelations about the Black Stars after their exit from the 2022 World Cup in Qatar.

In a Facebook video seen by Amansan Krakye, a reporter for MyNewsGh.com, Joseph Langabel said a lady called Abiba who visited the Black Stars hotel to work on the players hairstyles caused the defeat against Uruguay.

Sharing much insight into his allegation of perceived bad luck associated with this supposed Abiba, Joseph Langabel said Ghana has always lost in major tournaments anytime “the lady comes around”.

The popular national football team supporter alleged among other things that he questioned the Black Stars team manager why the said lady Abiba was allowed again at the hotel in Qatar a day before the fixture with Uruguay.

‘I have been with the Black Stars for a very long time so I know what’s happening with the team. There’s this lady who mostly visits the players at the team hotel to work on their hairstyles.

“Anytime this lady called Abiba visits the players to work on their hairstyles at the team hotel she’ll be there from evening till the next morning and I’m surprised.

Previous Body of Cardinal Kuuia Baawobr arrives in Ghana from Rome on December 8
Next How Habiba Sinare, Majid Waris’ marriage Ended After 11months with infidelity details