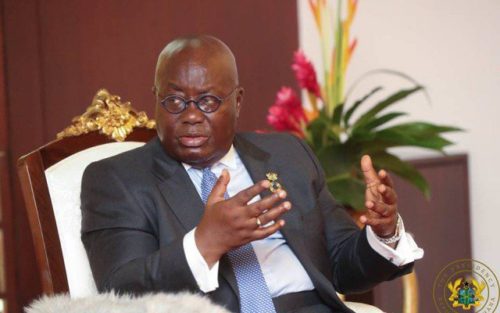 A senior lecturer at the Department of History and Political Studies at the Kwame Nkrumah University of Science & Technology (KNUST), Dr. Kwasi Amakye Boateng has said “it will take a miracle for the NPP to retain power” in 2024.

The political analyst believes President Akufo-Addo is sinking the party’s chances of winning the next election on a daily basis with his utterances.

According to Dr. Amakye Boateng, until the President refrains from certain utterances such as the recent comment he made in the United States, the NPP should forget about 2024.

He was assessing the chances of the NPP and NDC in the 2024 general polls following the election of national executives for the NDC today Saturday, December 17, 2022, with Captain Smart on Onua TV.

“Every single utterance and decision by President Akufo-Addo makes things difficult for the NPP. An example is what he said in the US yesterday,” he indicated.

He explained that the South East Asia countries like South Korea, Singapore, Malaysia and others for instance who took off in the 1960s all kept quiet without making certain utterances.

Citing the overthrow of Dr. Kwame Nkrumah for instance, he said his woes started after publishing one book of his which made the US withdraw some financial support they planned on giving Ghana when it was financially down and Nkrumah had refused to go to the IMF.

Dr. Amakye Boateng says “comments like Ghana Beyond Aid, Africa should live on their own, the Burkina Faso comment; if the Burkinabes are doing something like that, you don’t go public with it.”

Based on his personal analysis, with the coming out of the NPP MPs demanding Ofori-Atta’s dismissal which the President objected, he indicated “we can conclude that people advice but he doesn’t take it.”

The analyst concluded that the anti-Ofori-Atta debacle for one shouldn’t have come out at all if Akufo-Addo was a listening person.

Tags ‘It’ll take a miracle for the NPP to retain power in 2024’ – Dr. Amakye Boateng