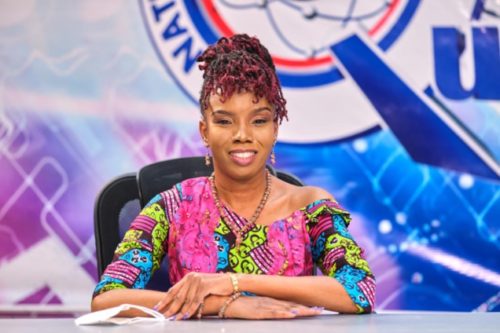 Many have wanted to know whether the quiz mistress of the National Science and Maths Quiz (NSMQ), Prof Elsie Kaufmann, would wish to marry again after she divorced her first husband.

Others never knew about her marital status because everything they have known about her is the NSMQ, which she has been moderating for more than a decade now.

In the latest interview on the Delay Show, Prof Elsie Kaufmann shared her life stories and opened up about the likelihood of a second marriage.

The academic said she may marry again if she finds the right person, saying it in a not-so-sure manner.

“I am not married. I used to be married [but] not anymore. It depends; if I find the right person, maybe [I will marry],” she stated.

In an excerpt of the interview, she noted that she does not have enough time to mould any person or make someone the way she wants him.

“Do I have time,” she retorted when the host quizzed her about it.

She has three children with her first husband.

Prof Kaufmann was recently named as one of ‘The many faces of physics’ by IOP Publishing. This society-owned scientific publisher provides impact, recognition and value for the scientific community.

Mostly known for her role as the principal quiz mistress for the NSMQ, Prof Kaufmann is the current Dean of the School of Engineering, University of Ghana; and a Visiting Scholar at the Orthotics and Prosthetics Department of the University of Health and Allied Sciences.

She had her secondary education at the Aburi Girls Senior High School and obtained her International Baccalaureate Diploma from United World College of the Atlantic in Wales in 1988.