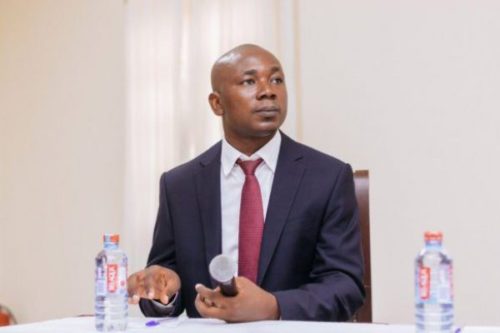 Professor Godfred Bokpin, Professor of Finance and Economics at the University of Ghana Business School is challenging the International Monetary Fund and the World Bank to also take reasonable blame for the current economic situation in the county.

According to him, their posture in the time past is enough evidence for them to take the blame for Ghana’s present economic predicament.

Speaking on Joy News Current Affairs Programme, Newsfile, Professor Bokpin said “the World Bank and the IMF should be taking a reasonable blame because of their posture in the time past. Look at the 2021 IMF Article IV Consultation assessment on Ghana, they passed the country. They said that our debt was sustainable at high risk of debt distress. It was the same position Ghana attained in 2014…2014 when we formally entered that zone we could not exit that zone even with the 16th IMF Programme”.

“So what happens, less than one year, we are saying that the debt is unsustainable. Meanwhile, under the Debt Service Suspension Initiative, it is not only backward looking, we have more forward looking debt sustainability indicators”, he stressed.

To Professor Bokpin, it is surprising that less than a year that the Fund confirmed Ghana’s debt is sustainable, it turned out to be the other way round.

“So if you do an assessment and in less than a year, it turns out to be the other way round, the IMF itself should be explaining what were the assumptions underlying the 2021 Article IV surveillance for which our debt was considered to be sustainable. That is why now the IMF is coming hard on the government that proof your debt sustainability”.

“You know why, now that you are under a programme and you are asking for a debt restructuring, your debt sustainability analysis could be challenged….the assumptions and all of that could be challenged. And that’s why now they [IMF and World Bank] are coming hard on the government because you are going into a programme and the credibility of the Fund is at stake”, Professor Bokpin mentioned.

Professor Bokpin also expressed surprised why Ghana did not take the Debt Service Suspension Initiative which will have helped the nation defer part of its interest payments on borrowed funds.

“These were one of the things that was recommended when we were existing the 16th IMF programme in April 2019. That yes, you are existing [the programme], but you are completely not out of the challenges, so it may be helpful to hang on it while you have space to do what you have to do. But we didn’t want to do because we wanted to be on our own.”

“It was part of the reason why now the World Bank is telling us that we should have taken advantage of the G20 backed Debt Service Suspension Initiative. And the reason we didn’t do that is our love for Eurobonds because if we have signed up for the Debt Service Suspension Initiative it will have been interpreted to mean cross default and that would have affected our credit rating and would have affected our ability to raise Eurobonds”, he concluded.

DISCLAIMER: The Views, Comments, Opinions, Contributions and Statements made by Readers and Contributors on this platform do not necessarily represent the views or policy of Otixpres.com

Previous Believe me; this too shall pass – Nana Addo on economic woes
Next Today’s Newspapers Headlines; Monday, October 24, 2022