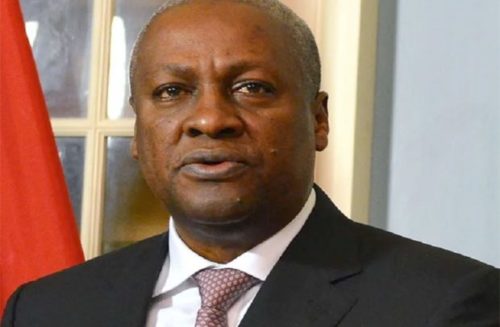 THE INTERNATIONAL Monetary Fund (IMF) has once again dismissed ex-President John Dramani Mahama’s politicised claims that Ghana’s current economic challenges are as a result of “the bad policies” of the Akufo-Addo-led government.

Mr. Mahama, who is seeking to lead the opposition National Democratic Congress (NDC), has been ranting on the country’s economy under the spell of the mantra that “the government is the problem,” leaving no room for the New Patriotic Party (NPP) government to respond.

Despite telling the 24th African Business Conference in the USA organised by the Harvard Business School in April this year that data from the Economic Commission of Africa (ECA) indicated that the COVID-19 had created the “continent’s worst recession in 50 years,” the ex-President says the Akufo-Addo administration is the problem the economy is in dire need.

He even took issues with the IMF when the Managing Director, Kristalina Georgieva, stated that Ghana’s economy was hurt by “exogenous shocks” of COVID-19 pandemic and Russia’s war in Ukraine.

“While the norm in international diplomacy of being guarded in what one says is appreciated, comments by high-ranking officials must be grounded on facts that take into consideration local realities and opinions,” he criticised the IMF boss.

But the politically opportunistic claim, which is intended to put government in bad light, was watered down when the IMF again cleared the government of the politicised accusations by Mr. Mahama.

The Fund’s Director of Communications, Gerry Rice, said former President Mahama’s blame seems wrongheaded, insisting that his boss was right when she indicated that the current Ghanaian economy is as a result of developments in Ukraine and COVID-19 shocks.

Mr. Rice told journalists during a virtual press conference on Monday that, “I would say, as just to repeat, the war in Ukraine has triggered a global economic shock that’s hitting Ghana.”

“For many of these countries, their room for fiscal maneuver, if I could put it that way, is already extremely limited because they’ve used a lot of fiscal power already, firepower already in the pandemic,” he noted.

The IMF Communications Director added that the shock coming from the war in Ukraine, compounded other pressing policy challenges, intimating, “And we’re very cognizant of that. And that’s why we are, as I described at the beginning, stepping up to help countries where we can, and that includes Ghana.”

See also  I knew I could lose 2016 election – John Mahama

The IMF boss had earlier stated that the economic challenges of Ghana were due to “exogenous shocks” of COVID-19 pandemic and Russia’s war in Ukraine.

“First the pandemic, then Russia’s war in Ukraine, and that we need to realise is not because of bad policies in the country, but because of this combination of shocks, and, therefore, we have to support Ghana,” she stated on the sidelines of the Fund’s engagements with the Ghanaian delegation.