Breaking News
Home / News / If Akufo-Addo’s men are failing, he should use the women – Ohene Agyekum

If Akufo-Addo’s men are failing, he should use the women – Ohene Agyekum 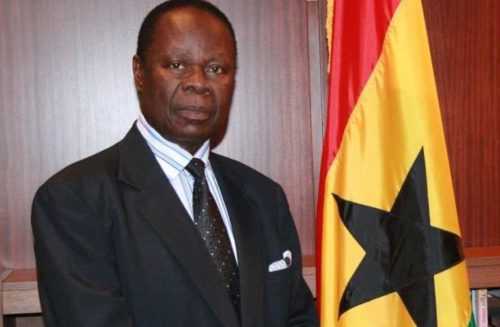 Ghanaian Diplomat Ambassador Daniel Ohene Agyekum has suggested to President Akufo- Addo and his New Patriotic Party (NPP) to replace failing male ministers with women if that will help their course.

He said, the NPP mantra of ‘we have the MEN’ seems to have vanished into the thin air as time has proven they lack men of substance.

Speaking on Kumasi based Ultimate FM monitored by MyNewsGh.com, the NDC elder insisted nothing is working under President Nana Addo and his failure to punish or reshuffle his government is telling on his performance as their so called solid team has failed them.

In a teasing manner he suggested the NPP to now appoint females into key positions of governance as the so-called men have underperformed.

“You see, they claimed, they had the men, they made noise with it, not knowing they are not men of substance” he said.

“If their men are failing them like Ken Ofori Atta and others why not appoint the women, after all they may do better than their so called men”

“Governance is not just about sweet talk, you can’t lie your way into power and expect all to be well, no way, that is not how it works”

When asked to suggest names of females who may fit the bill and outperform the NPP men in office, Ambassador Agyekum only said he will make that public after express permission from them.

“I don’t have their permission to mention names on radio, but if I engage them and they give me the go ahead, I can tell you. I insist their men are not performing, maybe and I say maybe their women may do better” he reiterated.