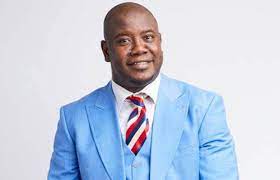 Member of Parliament for Yendi, Farouk Aliu Mahama has reacted to Kennedy Agyapong’s recent claim that he gave him GH¢100,000 towards the chairmanship bid of the Northern Regional chairman of the governing New Patriotic Party (NPP).

Agyapong said in a recent interview that he had supported Chairman Mohammed A. Baantima Samba’s election bid months back with an amount of GH¢100,000 cedis, an amount that the Assin Central MP said was donated through Aliu Mahama.

But in a quick rebuttal on Radio Tamale, the Yendi lawmaker described a lie, the claim that he had received GH¢100,000.

He explained that Kennedy Agyapong never gave him the said amount but that he (Farouk) asked the MP to give whatever amount he felt was appropriate. He, however, did not quote any figure.

“The issue is that Kennedy Agyapong never gave me Hundred Thousand Ghana Cedis to give to Samba. He asked me how much he should give to Samba and I told him whatever he felt he could afford was appropriate.

“I won’t accept that lie that he gave me such an amount to give to Samba. I won’t deny I do not know him”, Farouk stressed.

Agyapong has openly slammed regional executives in the North, North East and Savannah regions on his tour of the northern regions to campaign for his flagbearership bid for the party.

He has spoken in harsh terms about how regional executives are seemingly sabotaging his visit because they are in support of Vice President Mahamudu Bawumia, who is also rumoured to be interested in becoming flagbearer.

“I was in America. Farouk came to my house. He said I should support Samba. I gave him 100 thousand cedis. After that Samba texted me saying, ‘thank you. I got 40 thousand from Farouk.’ Now the same man is dirtying me,” Agyapong is quoted to have said of the donation.

Previous Qatar ’22: Ghanaians arrested for selling match tickets
Next The best time to ‘bang’ your man is when you are upset with him – Stephanie Benson to ladies