A former Member of the National Democratic Congress NDC known as Maazi Okoro on social media has said he regrets attending meetings of the party when he could have used same time to watch pornography.

The post made on September 20 this year is going round recently to mock members of the Opposition NDC.

The meetings were scheduled on Wednesday for Youth and Fridays for General meetings. 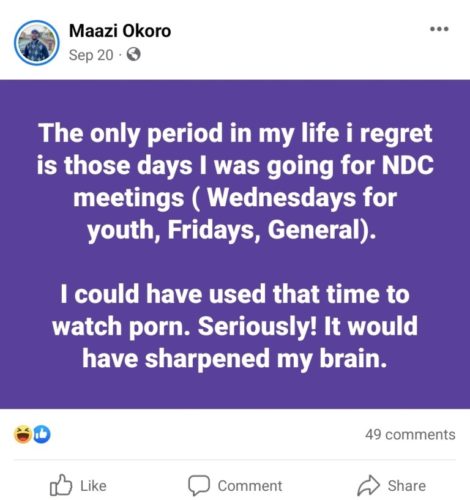 Previous Galamsey: Sammy Gyamfi List NPP Guru’s the Next NDC gov’t will jail
Next Posterity will judge you meanly if you fail the fight against galamsey – Gabby Otchere-Darko tells Akufo-Addo