I see 2024 elections as a war – Joseph Yamin warns NPP 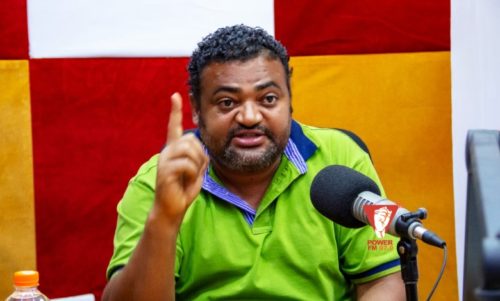 National Organiser of the opposition National Democratic Congress (NDC), Joseph Yamin, has pledged to face the ruling New Patriotic Party (NPP) squarely during the 2024 general elections and secure victory for his party.

He said he will go into the elections with the mindset that he was going to face “terrorists” who want to unleash more pain on Ghanaians through bad governance, stressing that the NPP want to protect power at all cost through violence.

Speaking to Prince Minkah on Dwaboase on TV XYZ, Yamin emphasised that, “Going into 2024 elections, they [the NPP] are only going to use violence. So, for me, I see the 2024 elections as a war; It is going to be an intense war.”

Asked what he meant by that, Yamin explained that, as an organiser of the largest opposition party, he will speak to the NPP in the language they understand to secure victory for the NDC.

“What is war is when somebody is trying to abuse you and you resist. Should we sit as a party for someone to intimidate us and win? If so then what is our use being a political party?,” Yamin stated.

He continued, “If they [NPP] are winning genuinely, then we don’t have a problem. If it is our flagbearer, our manifesto or election machinery that will cost us, then we don’t have a problem. We will go and restrategise and come back, but when someone feels he has the strength so he will use it to intimidate you and win political power whereas you also have a similar strength do you choose to sit aloof? No, no, it shouldn’t happen.”

Reacting to some comment made by the Director of Operations at the Presidency, Lord Commey, in October 2021 about NPP’s unwillingness to hand over power to the NDC in 2025, Yamin reiterated his commitment to facing him.

Commey had cautioned members of the governing New Patriotic Party (NPP) to work hard so they could make history by retaining power in the 2024 elections.

Addressing members of the NPP during the party’s Greater Accra Regional Delegates conference Commey stated that as far as he lived, he was not willing to see their government hand over to the NDC.

But the newly elected NDC National Organiser believes that comment was a joke, adding that Commey dares not do what he said when Ghanaians genuinely vote for the NDC massively.

“Well, I understand the language he used and I am prepared for him. You talk to them in the language they understand…You hit, I hit, you slap, I slap, you stop I stop. This is why the delegates had confidence in me and voted for me,” Yamin stated.

He assured all NDC members of his dedication to maximising the fortunes of the party for victory in 2024.

Joseph Yamin who was seen as an underdog ahead of the NDC National Delegates Congress on Saturday, December 17, 2022, emerged victorious beating his 6 contenders.

He beat incumbent Joshua Akamba to win the position. He polled 3,730 votes with his closest contender, Joshua Akamba trailing behind with 2,035 votes.