Breaking News
Home / News / I got into stealing, sold fake designer wears in the UK — Cheddar on how he managed to avoid borrowing to become millionaire

I got into stealing, sold fake designer wears in the UK — Cheddar on how he managed to avoid borrowing to become millionaire 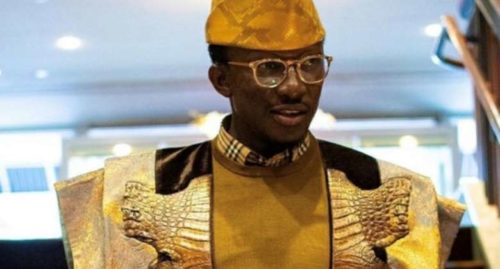 One of Ghana’s most successful business magnates, Jacob Freedom Caesar otherwise known as Cheddar has finally recounted how he rose to become wealthy at the age of 21.

According to him, he started recording millions of pounds in his account after he started selling fake designer clothes at exorbitant prices to his friends while studying in school in the UK.

Aside from duping people with his fake clothing business, Cheddar said he used to steal clamps and steels for sale, which was his business for a very long time.

“I made my first million pounds at the age of 21, and I will tell you exactly what happened. “I was living in England, and I was sent there to go to college, and I was selling fake Versace and YSL shirts in the back of my 205 GTI, which I bought for 499 pounds,” he said in an interview.

See also  A/R: Tension at Homabenase as residents in bloody clash with landguards, many injured

Speaking about how much he was worth before going to the UK, Cheddar said, “My capital when I was going to London was 6,000 dollars. My mom, my brothers, and everybody gave me 130 pounds, which they thought was a lot of money for me, but I was laughing in my head. It was in 1994, which I remember very well, and I bought a Panasonic chip phone, so I was like the new kid on the block. Then I met Johnny Prescott; he was selling the jeans and the shirts.”

On how his fake designer wear business started, he opined, “I just wanted to buy one pair of jeans and one pair of socks, but when I saw the prices, 30 and 20 pounds. I offered him 20 pounds and 15 for the shirt, and I put it at the back of my boot, and I was selling it for 50 and 40.”

“So I started making money from the boot, but I fell into the streets because I already understood what business was. At that point, business was with me from where I was coming.

On his clamp and steal robbery business, he stated, “In fact, my biggest opportunity came from a guy who clamped my car; he was a security guy in my school, and I paid him 45 pounds to release the clamp; then he did it again for the second time; then I said, ‘Hey Mark, I am going to show you that I am a bad guy.'”

“My best friend at that time was called Petersmith, and Petersmith was a blacksmith. So I went to Petersmith and I said, ‘Peter, guess what I did today.’ He said what, ‘I said I stole a clamp.’ So he looked at it, weighed it, and said, ‘I will give you 65 quid.’

He continued, “So that was the beginning of my new business. Now I was getting clamps and selling them. So this is what got me into steel; the guy got so much steel that one day he said, ‘I don’t want to sell these things anymore; this is the guy that buys from me; it’s a scrap yard.’ I went to the guy, and he told me, ‘It’s not clamps; it’s steel; any scrap that is metal, I buy it.’

Listen to the 42-year-old wealthy man who also keeps a lion as his pet in the video below:

SOURCE: MG
I got into stealing sold fake designer wears in the UK — Cheddar on how he managed to avoid borrowing to become millionaire 2022-12-17
admin
Share