Breaking News
Home / News / I don’t buy fuel because I don’t have a car – K.T. Hammond

I don’t buy fuel because I don’t have a car – K.T. Hammond 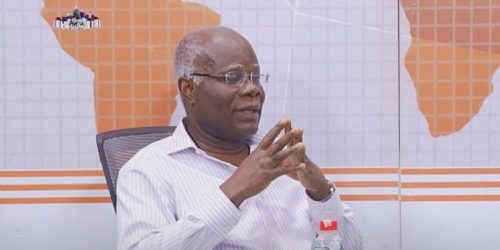 The Member of Parliament for Adansi Asokwa, K.T. Hammond has suggested that he is unaware of the current fuel prices because he does not have a car.

In a sharp response to the Minority Leader, Haruna Iddrisu, on whether he had noticed the current fuel prices, during the committee hearing on the motion of censure against the Finance Minister, Ken Ofori-Atta, Mr K.T. Hammond said “I don’t buy fuel, I don’t have a car, so I don’t buy fuel”.

Even before being sworn in, the Minority Leader, Haruna Iddrisu and Minority Spokesperson on Finance, Cassiel Ato Forson, who were the first to appear before the committee, wished to tender evidence which was contested by the Chairman, KT Hammond and some majority members.

Minority members of the committee appealed for flexibility and urgent handling of the allegations against the Finance Minister.

“I don’t think that we should be so rigid. It is appearing like we just want to place impediments in the way,” the North Tongu MP, Samuel Okudzeto Ablakwa, said.

The majority members on the committee pushed for a formal notice of the evidence to be tendered before proceedings continue.

The Sekondi MP, Andrew Agyapa Mercer, for example, argued that the committee was a quasi-judicial proceeding and required conditions for a fair hearing for the Finance Minister.

In a retort to this argument, later on, a member of the Minority and one of the chairs of the committee, Dr. Dominic Ayine, argued that the committee was an administrative body and not a judicial-adjacent one.

“We are a political body mandated with the task of investigating… that is the essential task we are here to investigate this morning,” he said.