Breaking News
Home / Politics / I am much concerned about the fortunes of the NPP in the 2024 general elections, not NDC executives – Former NPP Deputy General Secretary

I am much concerned about the fortunes of the NPP in the 2024 general elections, not NDC executives – Former NPP Deputy General Secretary 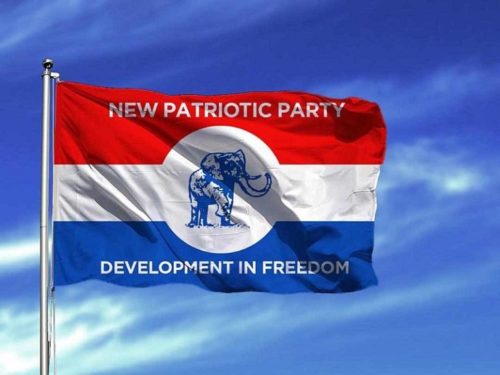 The former Deputy General Secretary of the ruling New Patriotic Party Nana Obiri Boahen has stated that comparing the newly elected executive of the NDC to the executives of the NPP has nothing to write home about in terms of who wins the 2024 general elections as far as politics is concerned.

Speaking in an interview on Kessben FM morning Show dubbed Maakye on Tuesday, December 20, 2022, chaired by Kwame Appiah Kubi (Mr. Speaker), Nana Obiri Boahen stressed that the future of the New Patriotic Party on how to break the eight-year jinx of elections and governance in Ghana is his prime motive and not the comparison of NDC executives to that of NPP since each leader has their unique qualities in influencing the public on whom to vote for.

Nana Obiri Boahen in an interview monitored by Kwaku Mensah Abrampa indicated that he is keen to concentrate on the fortunes of the NPP in the 2024 general elections stressing the latest misunderstanding that emerged between Honorable Bright Wireku Brobey and some of his constituents as the needed area where the party must tackle most rather than comparing executives and candidates because the party is poise to break the eight-year election cycle to ensure proper Governance of the country for development hence party internal wrangling must be tacked to unite the party cohorts in ensuring that more parliamentary seats are won for the party in the coming elections.

The former General Secretary stressed the numerous questionings made by the public on his intention to project Dr. Mahamud Bawumia as the next flag bearer of the New Patriotic Party concerning the current economic crises in the country with some Ghanaians and NPP followers calling him the economic Messiah.

He indicated that he has not lost interest to project the vice president as the flag bearer of the party in the coming election but he will hit the grounds on the campaign in 2023 to convince all party supporters of the need to vote Bawumia as a flag bearer and for Ghanaians to vote him as President to change the fortunes of this country.