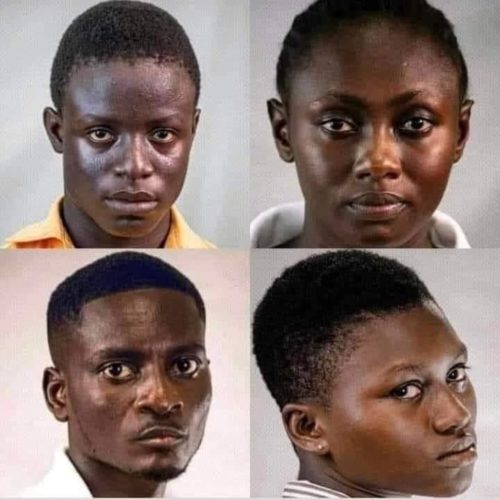 Former Nation Builders’Corps (NABCO) trainee who appeared on giant campaign billboards for the New Patriotic Party (NPP) during the 2020 electioneering campaigns has revealed that he initially rejected an offer of GHC 300 Cedis by agents of the NPP to use his image for the campaigns but had to beat a quick retreat due to grinding poverty and indebtedness.

Nicholas Teye revealed, in an interview with TV 3, that after his image had been taken by the agents with the explanation that they were meant for the printing of NABCO magazines and Calendars, and that persons whose images had been taken will be given GHC 300, he discovered to his shock that to get the GHC 300 Cedis, he had to sign a contract allowing for his image to be used in NPP campaigns on television and on billboards. He initially rejected this. But upon conferring with his wife, he returned to the agents and signed the contract to enable him to pay off a debtor who was on his neck.

“…She pulled out a paper from the bag and asked me to sign before the money will be given to me. So I said what’s that? So I read the information on the paper and it was about you have allowed yourself to be used on commercials both television and billboards and any other. I was very angry. So at that moment, I didn’t sign because I said they should have let me know before I took the picture. So I left,” he recalled.

But when he got back home, his wife told him that a woman who had lent GHC 800.00 so he could secure the NABCO job, had come to demand repayment. So he had to go back and take up the contract so as to earn the GHC 300.

“So I came home and my wife also told me that now the that lent me the 800 Cedis to pay and get the job is also worrying me to get the money back…So I went back and signed and took the 300 Cedis,” he said.

See also  If we win power, is this how decisions will be taken? – Muntaka questions NDC leadership over reshuffle

The billboards went viral on social media and are believed to have contributed to the victory of the NPP in the 2020 General Elections. Now though, Mr. Teye says his life is in danger as dissatisfied Ghanaians threaten him for supporting a party that has now imposed hardship on them.