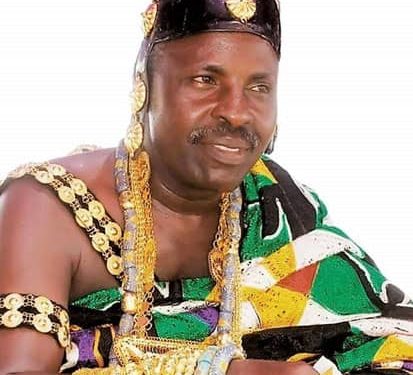 The Tema Land Court division of the High Court has injuncted the Chief of Jorpanya, Nene Tei Djahene IV of Shai Osuduku District of the Greater Accra Region to refrain from entering, selling and developing the about Four Hundred and Thirteen (413) acres of land located at Lorlorvoh in the Shai Osuduku District. The interrogatory injunction also bared all his assigns, agents, privies, officers, and any person however designated and connected to or authorized by Nene Tei Djahene IV from trespassing or disposing of the land.

The Greenwich Properties Limited, a striving property developing company in the country sought the court injunction after it came to their knowledge that the Chief was secretly misrepresenting himself as the owner of all pieces of land located in the Lorlorvoh area even when official search reports proved otherwise.

According to the Chief Executive officer of Greenwich Properties Limited, Mr Frederick Quainoo, several attempts by the company to prevent the chief from selling portions of their lands earmarked for developing an industrial village were not successful hence the management decision to seek the intervention of the court.

He expressed the company’s gratitude to the court for halting the dubious expropriation of lands that are well document as a registered leasehold property granted to the company by the allodia owners of the area.

He attributed the slow growth of investments in the country to such criminal behaviors that is pushing many investors in the property sector away partly because litigations in our courts are slow and judgements in such cases do not provide for time loss of such investments.

He added “can you imagine if let’s say at the beginning of the year you invested $1,000,000(One Million Dollars) into real estate and there is litigation on ownership, these cases travel for sometimes for years before judgement is awarded”.

Mr Quainoo explained that some of his colleagues have had to leave the industry largely because of unnecessary and bad faith exhibited by some family members of traditional authorities who frustrate investors after selling lands to them.

He called for review of the country’s land administration laws to criminalize such bad nuts in the country who have turned land litigation into enterprises.