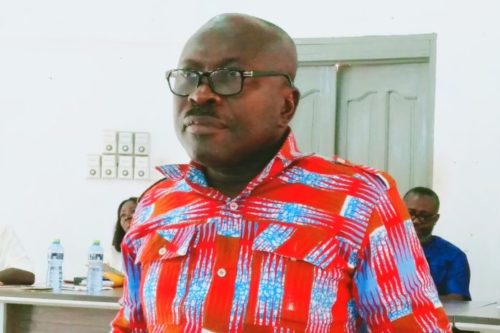 Mr Moses Anim, Deputy Minister in Charge of Fishery has revealed that the government releases about 101.6 million litres of premix fuel to fisherfolks annually in the country.

In an interview with the Ghana News Agency in Tema, Mr Anim who doubles as the Member of Parliament for the Trobu Constituency stated that it was so unfortunate to hear from fisherfolks that there was a shortage of premix fuel in the country.

He said the government spends between GHC150 and GHC200 million to subsidize premix fuel, saying that there should not be a reason for shortages in the country.

Mr Anim noted that the government would soon implement the automation system for premix fuel to regularize the usage and monitor how the premix fuel had been distributed to the over 300 landing beaches.

He explained that some unscrupulous individuals within the fishing sector were behind the stealing and selling of premix fuel at the expense of the fisherfolk.

He said the automation system offers the best solution to the illegality associated with premix fuel.

Mr Anim called on the premix fuel committees at the various landing beaches to ensure that the right things were done to safeguard the interest of the players in the fishery industry.

He said some resources including the premix fuel given by the government were inadequate to meet the demand of fishermen.

He said other fishermen thronged the volta waters at night during the close season, stressing that marine officers have been duly informed, but no actions have been taken to safeguard the inshore boundaries in the Volta Region.

Mr Adedze also called for serious surveillance at some vantage points within the enclave to regulate and monitor people who invade the volta shores illegally for fishing activities.

Previous Galamsey DCE Fights Back, It’s Not My Voice
Next *MEET DJ 300 THE MULTIPLE TALENTED GUY IN OTI REGION*