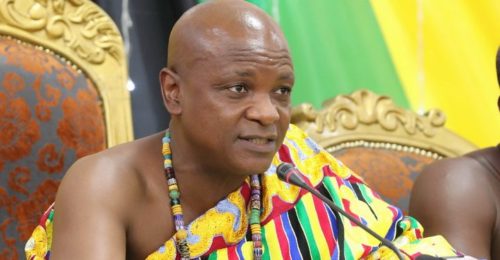 Outspoken traditional ruler, the Agbogbomefia of the Asogli State Togbe Afede XIV is of the view that Ghana’s current 1992 constitution is no longer fit for purpose.

He simply puts it as “our constitution has outlived its usefulness”, adding that, that is to blame for Ghana’s ineffective state institutions stifling socio-economic progress.

“Our constitution has outlived its usefulness, [and] is responsible for the weakness of our institutions and has been a major bottleneck to our development. Many of its provisions appear to belong to a different era or look like inspired by considerations than democratic or development objectives”, Togbe Afede said in an opinion piece.

There have been conversations on the need for Ghana to amend portions of its constitution.

Joining such calls, the Agbogbomefia maintained that, the President’s powers guaranteed under the constitution contribute to the bane of the country.

“The excessive powers of the President, for example, and the indemnity clause that ensures that he cannot be held to account, have encouraged reckless abuse of power, and are at the root of corruption in our country. Our President appoints people to thousands of positions and can dismiss them at will, virtually. It is the main reason why many of our institutions are politicised and weak”, portions of the statement read.

The Commission was also tasked to present a draft bill for the amendment of the Constitution in the event that any changes are warranted.

However, the recommendations of the Commission have not been implemented.

Gabriel Pwamang, a Supreme Court judge, had suggested that, more seriousness should be given to calls for reviews of Ghana’s 1992 constitution, three decades after its usage.

For him, the growing calls for a review of Ghana’s 1992 constitution were unprecedented.

Justice Pwamang observed that calls for a review of the constitution “have spread to involve the younger generation whose persistent failure to see a better future ahead of them after continuous changes of government appear to explain their awakening.”

“The momentum that surrounds the recent calls for constitutional amendment should not be brushed off or given little consideration.”