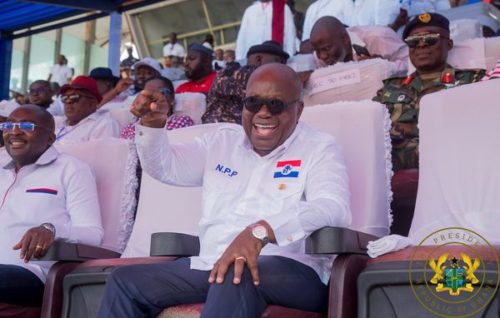 A Deputy National Executive Member of the NPP incharge of Information Technology has said Ghanaians will soon search for President Akufo-Addo with a torchlight.

Mr. Ato Kwamena Forson whose appointment as Deputy NPP IT Boss generated controversy said that President Akufo-Addo has managed the country well in the midst of crisis and soon Ghanaians will look for him to ask how he did it.

He said despite challenges, the President paid Cost of Living Allowance COLA to striking workers with infrastructure development ongoing.

“Someday! If we are all still alive, the people of this country will go searching for this man with their torches just to ask him “how did you do it all in the midst of the global crisis?” Salaries still flow fully, Infrastructural developments ongoing, Cola being paid etc.”

Many Ghanaians however say the President’s performance is below par. Concerns were raised over the unfriendly reception given to President Akufo-Addo at a musical concert recently.

During the just-ended Global Citizen Festival, the president had been introduced to tout the government’s moves in prioritising women empowerment among other causes in line with the organisers’ mission for social justice.

But even before the president could make his point, the crowd of youthful revellers chanted against his presence and booed him until he finished his speech.