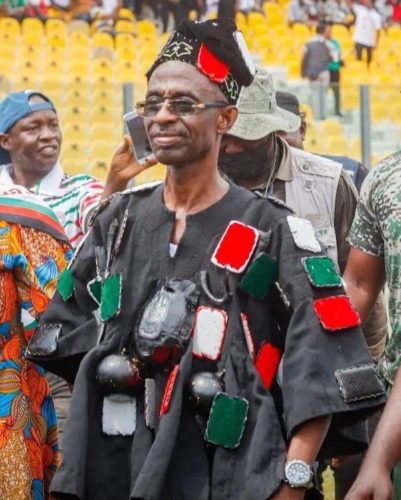 The NDC delegates elected new crop of leaders to lead the party into the 2024 general elections.

The immediate past General Secretary of the NDC, Johnson Asiedu Nketia was elected the party’s National Chairman as he defeated Samuel Ofosu Ampofo by a landslide victory.

Mr. Asiedu Nketia, in his inaugural address after the NDC’s congress, said; “We are prepared to sacrifice everything; and I mean everything, including our lives, to achieve victory.”

He stated that the NDC has shown that they endorse aggressive language and violence, something that he noted should never be found in the vocabulary of Ghana’s politics.

He advised Ghanaians to be beware of the NDC stressing “in our present world, we need leadership of ideas not leadership of violence. We need a leadership who can show, in the midst of difficult situations, they can think outside the box and create an environment that can address the needs of the people and even when people think it is impossible, they can still exude confidence and then let it reflect on the people”.

Previous Asiedu Nketia speaks on death of delegate at NDC Congress [Audio]
Next It’s a “Sin” To Mention “Ooh My Gad, Jesus” During Orgasm – Ghanaian Man Of God Claims