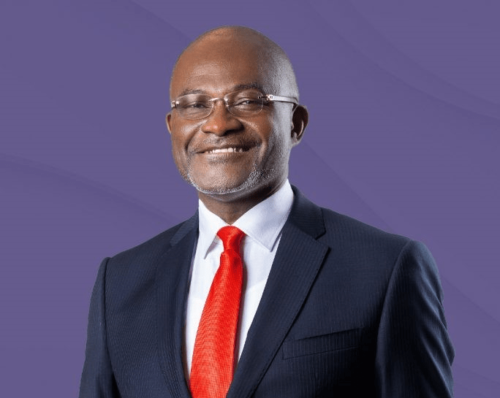 Member of Parliament(MP) for Assin Central, Kennedy Agyapong has said that it’s worrying that most politicians are behind galamsey in Ghana.

He says this has made the fight against Galamsey in the country is very tiring one.

But he has promised to ensure that the fight is fruitful when he takes over the reigns of government in 2025.

Kennedy Agyapong was speaking to Ghanaians in America when he made this known.

“I will be honest with you we all want the galamsey problem in Ghana to be solved but read my lips, most politicians are involved. Most of them and I’m not afraid of them. NPP, NDC are all involved in the galamsey menace. That is why they (galamseyers) have vim to engage in galamsey.

“I don’t do galamsey so when I tell you to go and register for small scale mining and you say you’ll destroy water, I’m afraid the law will deal with you,” he made this known while addressing a cross-section of Ghanaians in the United States of America.

The way they are destroying our water bodies, it will get to a time we will have to import water. We should not allow that to go on. So those involved, we are not coming to get you out of work but we will make sure you all go under small scale mining that will protect the forest and protect our water bodies,” he said.

The New Patriotic Party Flagbearer hopeful is of the view that since there are no regulations, foreigners are rather making money from mining while they are using Ghanaians and that should never be the case.

Taking lessons from Free SHS and National Health Insurance, he indicated that anything government is committed to works and so will the commitment to fight galamsey be during his tenure as President.