Breaking News
Home / News / Ghana must diversify from cocoa to agro-chemicals, others -Alan

Ghana must diversify from cocoa to agro-chemicals, others -Alan 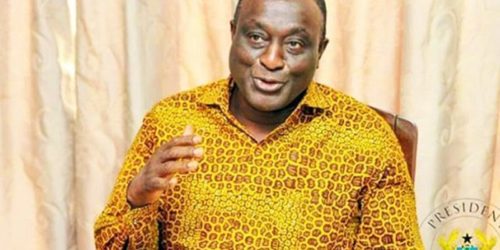 Minister for Trade and Industry, Alan John Kwadwo Kyerematen says it is high time the country diversified its economy away from cocoa and gold into other critical sectors, including agro industry, petrol chemical and pharmaceuticals.

The others, he has identified, are industrial chemical production, automobile, garment and textiles, electronic and electrical appliances, manufacturing of machine and equipment, bauxite and aluminium, and iron and steel.

According to him, these thematic areas will help the country not to over expose itself to the international financial market and a reason it must look beyond traditional exports: “Yes, cocoa has served us well, but it is time for us to move on beyond cocoa.”

He said these sectors had become so relevant in this contemporary time because the country has been battered by the combined effects of the Covid-19 and the Ukraine-Russia war, hence needs an avenue of escape.

The minister took time to explain how each sector listed would have a positive impact of the Ghanaian economy. He indicated that when the automobile industry was first introduced, a lot of people were sceptical about it, but he is now proud to say that their efforts have been vindicated, and within a matter of two years they have a lot to show.

“We have been able to acquire five of the six global companies to establish vehicle assembly plant in Ghana, but we are not just interested assembling vehicles, we want to produce the component of those vehicles locally and internalise them in our country. So we are also aggressively working on company manufacturing policy,” he said.

He added that since there are existing companies in Ghana, as well as a market in ECOWAS and all that is needed is to support them increase their production line, “you could understand that this will be a major source of income and also reduce our import burden.”

He said Ghana is one of the few African countries blessed with industrial salt resources, yet it is only able to mine 150,000 tons of its 3 million tons a year.

Mr. Kyerematen hoped the citizens would harness opportunities in these sectors to take advantage of the Africa Continental Free Trade Area, the United States’ market under the African Growth and Opportunity Act (AGOA), the European Union and the United Kingdom.

“Let us think carefully as a country about how to put private investment in our development agenda, if we do so, we will prosper,” he urged.

The Special guest of honour who also happens to be the Presidential Advisor on media and strategic communications, Oboshie Sai Cofie said the current economic challenges required the need to move more rapidly towards transformation of the economy by renewing the focus on increased export promotion, which has contributed to the agenda for promoting and diversifying exports.

She stated that: “We are implementing a National Export Development Strategy (NEDS) which is designed to propel the country in the shortest possible time to break the cycle of being a raw material producing and exporting economy, with only limited levels of manufactured goods and services.

“It is expected that this strategy, with the support of government and the private sector like yourselves, will begin to transform the structure of the Ghanaian economy from a raw commodity exporter to a manufacturing industrial export-driven economy.”

The Chief Executive Officer of GFZA, Mike Oquaye Junior, said the week’s celebration would be held annually to inform the Ghanaian populace what the Authority is all about.

He said currently there are 217 active free zone enterprises in the country, earning over US$27 billion and employing 33,000 with 31,000 being locals.

Tags Ghana must diversify from cocoa to agro-chemicals others -Alan