Galamsey DCE Fights Back, It’s Not My Voice 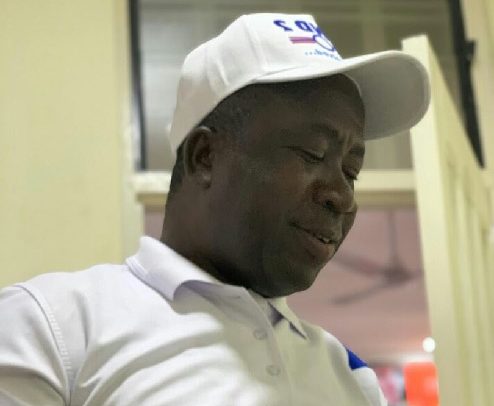 Embattled District Chief Executive (DCE) for Bosome Freho in the Ashanti Region, Yaw Danso has spoken for the first time since a voice purported to be his encouraging illegal mining popularly known as Galamsey activities in his district went viral on social media.

Responding to a letter from the Minister of Local Government and Rural Development, Daniel Botwe asking him to respond to the audio recording of a person believed to be

him discussing galamsey in his district, Yaw Danso stated in a letter dated October 13, 2022 addressed to the minister which was sighted by DGN Online that “I humbly inform you, the Minister that the said recording is not my voice and the tape has nothing to do with me.”

He therefore assured the minister about his readiness to serve his people with hard work, humility, and integrity.

It is against this reason that President Nana Addo Dankwa Akufo-Addo directed with immediate effect that Yaw Danso should be suspended to allow investigation into the matter by the appropriate agencies to verify the authenticity of the alleged audio recording.

An audio in circulation which went viral on social media implicated the suspended District Chief Executive when he was purportedly heard encouraging illegal mining activities in his district.

Some members of the Assembly had already called on President Akufo-Addo, his Chief of Staff, Local Government and Decentralization Minister, and Lands and Natural Resources Minister, Abu Jinapor to take a serious look into the allegations.

President Akufo-Addo, recently while speaking with MMDCEs at a galamsey

engagement, pointed out that the embattled District Chief Executive has been invited to defend himself against the charges.

Yaw Danso was noted by the President to be in a period of mourning following the demise of his wife.

“When the one-week celebration is over, he will have to respond and depending on the quality of his response, we will decide what the future holds for him,” President Akufo-Addo noted.

Already, the President has warned that he will not shield any government official found complicit in galamsey activities while speaking to MMDCEs during the engagement.

Tags Galamsey DCE Fights Back It’s Not My Voice