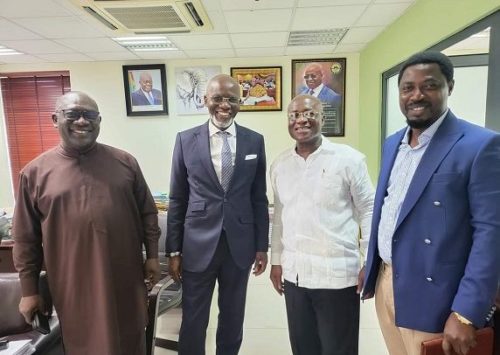 A stalwart of the ruling governing party, Gabby Otchere-Darko has denied claims by the Majority Leader, Osei Kyei-Mensah-Bonsu, that he said the Majority Leader was masterminding the call for the immediate sacking of Finance Minister, Ken Ofori-Atta.

This follows allegations by the MP for Suame, Mr. Kyei-Mensah-Bonsu that Mr. Otchere-Darko had alleged he is the ringleader of the ‘Rebel’ NPP MPs calling for the dismissal of the Finance Minister.

See also  ‘May God have mercy on your soul as I sentence you to death’ – Judge to spiritualist who killed wife, daughter to pacify idols

He also alleged that Mr. Otchere-Darko had sponsored a failed candidate against him in the NPP parliamentary primaries in Suame leading to the 2016 general elections.

Mr. Otchere-Darko was said to have made these claim on his radio station, Asaase Radio.

Reacting to the claim, Mr. Otchere-Darko posted on Facebook denying these claims.

He said “I have since sent him a message on this denying same.

“I have said no such thing on Asaase Radio or any other radio station or media house, whether on air, online, or in print, either directly or indirectly. Indeed, my position, so far, on this issue in Parliament within the Majority Caucus, has been to deliberately stay away from commenting on it publicly.”

“I have never sponsored any candidate against the Majority Leader for the Suame seat. I would never do such a thing to a person I considered a strong loyalist, even within the NPP,” he posted.

There were also sponsored articles in the newspapers alleging that the Majority Leader was angling to take over Ken Ofori-Atta’s job.

Previous I don’t buy fuel because I don’t have a car – K.T. Hammond
Next 98 NPP MPs Join Ofori-Atta Must Go Campaign