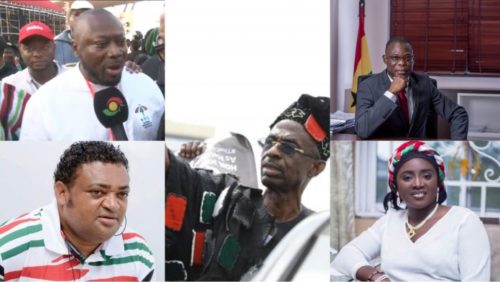 Gabby Asare Otchere-Darko, a leading member of the New Patriotic Party (NPP) has classified the newly elected executives of the NDC as “accomplished propagandists in all departments.”

In a congratulatory message posted on his twitter handle, he said the new leadership has set up the NPP’s strategy for2024.

“Congratulations to the NDC and their new national officers! Asiedu Nketia is now the Chairman-General (apologies to Kwami!) What is clear is that Ghana’s opposition party has settled on a solid team of accomplished propagandists in all departments. The strategy for 2024 is set,” he tweeted.

The National Democratic Congress (NDC) had their National Delegates Congress at the Accra Sports Stadium Saturday, December 17, 2022, electing their executives for the next four years.

After serving as General Secretary for the NDC for 17 years, Johnson Asiedu Nketia, popularly known as ‘General Mosquito’ ousted incumbent Samuel Ofosu Ampofo to become the party’s Chairman for the next four years.

Fifi Fiavi Kwetey, former Member of Parliament for Ketu South took over from Mr. Asiedu Nketia as General Secretary for the party.