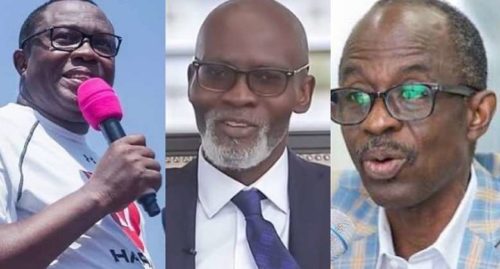 Gabby Asare Otchere-Darko, a leading member of the ruling NPP has advised the National Democratic Congress (NDC) as it prepares to elect new national executives for the party.

He wished them a peaceful congress devoid of chaos.

“I wish the National Democratic Congress a successful contest to choose the national leadership of the party for the next four years. Wishing Fotoh and Mosquito a good fight! Keep it healthy and brotherly!” he said in a tweet on Friday, December 16.

See also  A/R: One dead in clash between youth groups in two communities.

The NDC will converge at the Accra Sports Stadium on Saturday, December 17 to elect its new officers ahead of the 2024 general elections.

The first phase of the congress which was for the youths and women was marred by a shooting incident and chaos which delayed the process for hours.

Previous I got into stealing, sold fake designer wears in the UK — Cheddar on how he managed to avoid borrowing to become millionaire
Next Read How Gyankroma Akufo-Addo Described His Father’s Performance