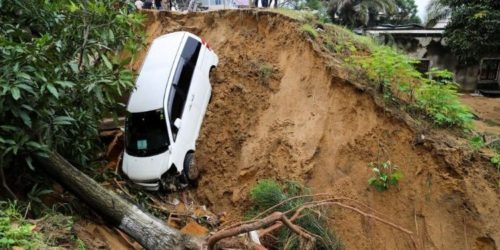 Reacting to the severe flooding and landslides in Kinshasa, which claimed 120 lives on 12 and 13 December and left thousands homeless, Flavia Mwangovya, Amnesty International’s Deputy Regional Director for Campaigns in East Africa, Horn of Africa, and the Great Lakes regions said:

“Amnesty International sends its condolences to all those affected by the recent flooding and landslides in Kinshasa. It is absolutely devastating that such tragic losses of human life occur so often in the DRC after natural disasters strike the country.

“The DRC authorities must urgently assist those affected by the flooding and landslides, and ensure they can access food, housing, and health care. They must also take steps to ensure Kinshasa is better planned and well-resourced and prepared to deal with natural.

“Climate change is known to exacerbate extreme weather events. The DRC authorities, however, have failed to learn from previous disasters, which means these catastrophes continue to have a shocking, fatal impact on the residents of Kinshasa.

The right to live in a safe, clean and sustainable environment must be protected and upheld.”

Kinshasa, the capital of the Democratic Republic of the Congo, is home to an estimated 15.6 million people. Floods and landslides are common in the city and across the country during the rainy season, often leading to devastating consequences.

At the US-Africa Leaders’ Summit in Washington this week, President of the DRC Felix Tshisekedi blamed the deadly flooding and landslides in Kinshasa solely on climate change.