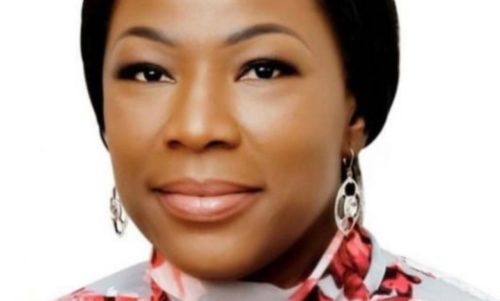 Tension is brewing among the leadership of the National Democratic Congress, NDC in the Essikado/Ketan constituency raising fears about possible loss of gains made, after years of dominance by the New Patriotic Party, NPP.

The development follows suspicion about attempts to replace the 2020 Parliamentary candidate, Dr Grace Ayensu Danquah in spite of the party’s performance compared to previous elections.

The constituency, located within the Sekondi-Takoradi Metropolis, has retained the incumbent Member of Parliament, Joe Ghartey, since its creation about 19 years ago.

But the December 2020 results gave hope to members yearning to unseat, Mr Ghartey who has now been described as the unpopular ‘Mugabe MP’ for his failure to lobby for massive projects in spite of his role as a cabinet minister in both the Kufuor Administration and the Nana Akufo Addo led governments.

In 2004, Joe Ghartey won over 71.4% of votes cast, after polling 24,078 compared to NDC’s then David Mensah who secured 8,976 votes of 26.6%. The margin has been relatively huge in all subsequent elections but members are today much more motivated following the support base it has after the emergence of Dr Grace Ayensu, who led their campaign in the 2020 elections.

For the first time in history of the constituency elections the NDC, after five Parliamentary contests claimed it won. But the Court affirmed that Joe Ghartey polled 26,701 representing 51.5% of votes cast while Dr Grace Ayensu polled an impressive 24, 527 votes or 47.3%.

The outpouring love and confidence in her, after initiatives launched to improve the lives of poor communities, led to the slogan ” Se Grace anka anky3”.

Information reaching our news desk however indicates subtle plans are being hatched to replace the 2020 Candidate.

The development has been triggered by disagreements during the recent constituency elections and the interest of some party stalwarts in the region.

The issue was in relation to the voters register, no photos of delegates and what was seen as machinations to retain executives.
Imposters according to our source were arrested, but were freed upon the intervention of some party executives.

This party insiders say has not gone down well with some officials who are targeting Dr Grace Ayensu for payback.

Paa Kow, one of the worried constituents, lamented… “The energy that fueled the campaign attracted floating voters and disappointed NPP members. Groups like ”FRIENDS OF DR. GRACE and DR.GRACE LADIES have vowed and we remain loyal to her.

None will stop their wish”
She became a household name and no wonder the youth of Essikado Nicknamed her, GRACE WALE, a replica of the Shatta Movement of Dance Hall maestro Shatta Movement.

Another told our reporter….. “This was not achieved on Silver Platter but due to the Campaign Strategy put in place by the Parliamentary Candidate and executed by the Regional, Constituency and Branch Executives and the result is there for everyone to judge”.

According to our source, as the elections day for Parliamentary Candidate primaries gets near, all efforts are being employed to ensure that Dr. Grace Ayensu Danquah loses the primaries.

Our eavesdropping exercise at the Constituency indicates that should the party changes Dr Ayensu Danquah as the party’s Parliamentary Candidate, the foot soldiers of the party and some concern electorates are planning to force her to contest the seat as an independent Candidate.

What baffles us is if what we are picking from the constituency is true, then we pause to ask these few questions.

1. Why will the party want to change a candidate like Dr. Grace Ayensu Danquah?
2. Who are behind this plan to take off Dr. Grace?
3. What are their reasons for this motive?
4. Do they have any hidden agenda and interest if Dr. Grace goes independent?.
We call on the National and the Regional executives of the party to quickly investigate the development and resolve it ASAP or forget about the dream on winning the Essikado Ketan seat.