Election 2024: NDC holds ‘do or die’ health walk in Pokuase 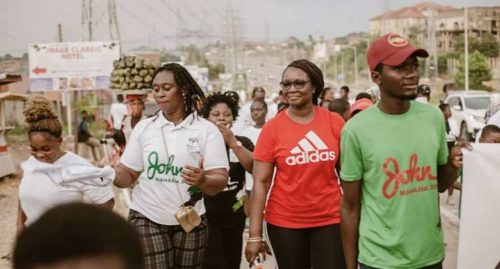 Members of the NDC during a health walk at Pokuase, Accra

Some members of Ghana’s main opposition party, the National Democratic Congress (NDC), seized the streets of Pokuase in Accra for what they called a comeback and reawakening health walk.

The unity walk, dubbed “2024 Do or Die” was organised by twin branches in Trobu Amasaman constituency, His Grace branches A and B and began at Gye Nyame House near the Happy Home Academy in Pokuase at around 5:30 a.m. on Saturday, November 26.

In about three hours, the participants danced, sang and interacted with the public about the achievement of the party and convince them to join the NDC kick out the ruling NPP in 2024. 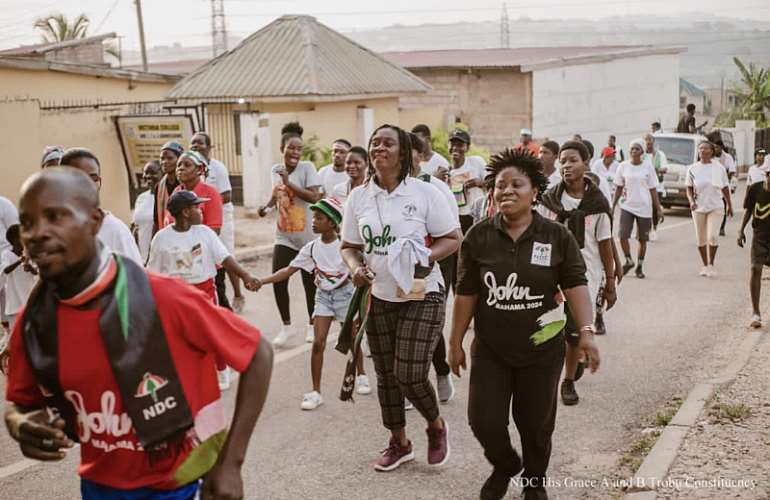 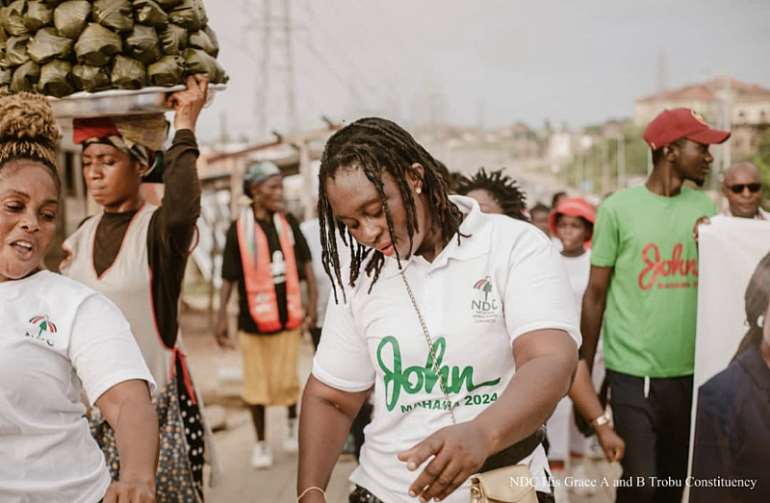 Before calling it a day, the two branch chairmen, Lawyer Nii Kpakpo Samoa-Addo and Asafoatse Costy, along with their executives and participants, converged at Pokuase Junction.

Joyce Bawa Mogtari, Special Aide to former President John Dramami Mahama, who graced the event as a special guest, addressed the crowd, urging members to work hard in unity to help the party reclaim power in 2025.

She lamented the country’s economic hardships, claiming that the 2023 budget and economic policy plan, presented to Parliament by Mr. Ken Ofori-Atta, the Finance Minister has nothing good to offer Ghanaians.

“You have done really well,” she told the organisers and participants of the health walk. “I bring you greetings from John Dramani Mahama and the entire NDC.”

She added, “Let’s be united and work hard for the victory of the NDC in 2024 because the economy is in a mess and the budget also gives no hope.”

Citing some “bad” economic indicators, the legal practitioner asserted that the frequent fall of the cedi against major foreign currencies, such as the dollar, is collapsing businesses and leaving traders in high despondency.

“Now those of you selling items will suffer because the dollar rate and exchange rate keep rising.

“Your husbands will also suffer because their work has been affected,” she noted.

she stressed, “So let’s work hard for us to come back to power and repair the mess the NPP has created.”

Speaking to Modernghana News on the sidelines about the essence of the walk, Mr. Gyimah Felix, Secretary for His Grace A Branch, said it was to bring unity and boost the seemingly dying morale in some of their members, as well as bring new members on board.

According to him, the possibility of achieving the aim of the walk is high since the numbers and enthusiasm have been great, and he hopes it will continue.

Mr. Gyimah, speaking about the NPP’s breaking the “8” mantra, said the ruling party is just “tickling themselves to laugh” since, to him, surveys show everyone is suffering and complaining, even the members of the NPP.

“For the breaking of the “8,” they can say it because they have the right to, but the NDC will come back to power and save Ghanaians,” he emphasized.

Addressing the notion that the NDC and the NPP are the same because both, according to some Ghanaians, brought hardships in their tenures, he said it’s never true.

He noted that the NDC is far better economic manager than their opponents.

To him, Ghanaians must support the NDC and former President John Dramani Mahama to come back and save the country from its current crisis.

He wants his party members to rise and fight hard from now until the next election is won.

Among several things said, the party also claimed the Pokuase Interchange was a project initiated and paid for by former President John Dramani Mahama before leaving power in 2016.

For that reason, they want Ghanaians to give them another chance to bring more projects and make lives better for them. 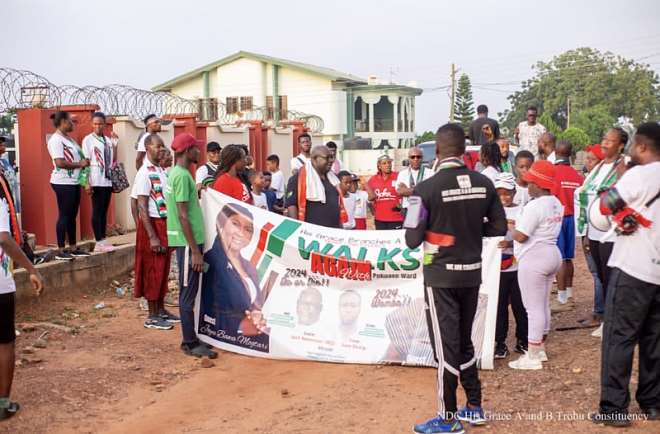 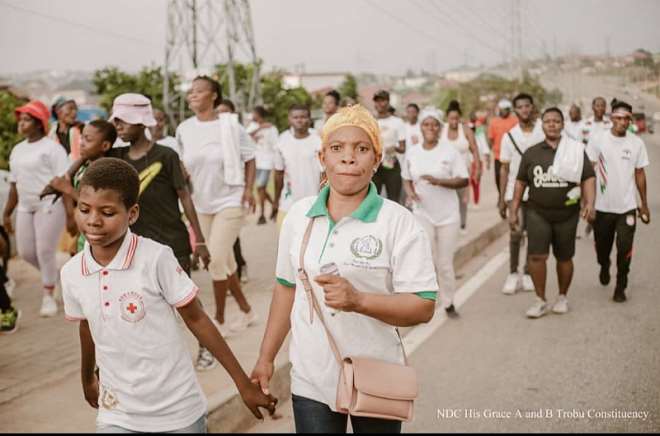 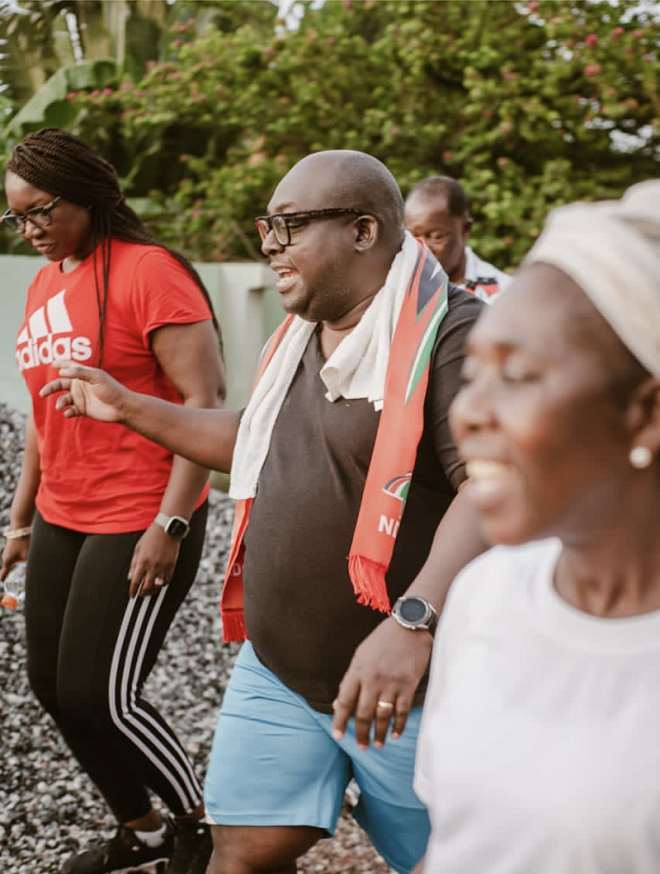