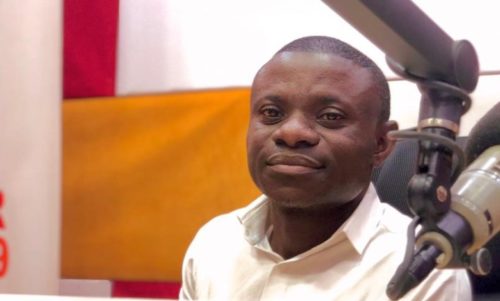 Broadcaster and host of Power Midmorning Show on Power 97.9 FM, Agyemang Prempeh, says the NDC has to strategically invest so much in technology ahead of the 2024 elections.

The award-winning radio host made this comment on the Power Midmorning Show on Monday – a day after the opposition party elected new leaders to steer the affairs of the party.

The new NDC leadership led by National Chairman Johnson Asiedu Nketiah has vowed to take power from the NPP in 2024.

Delivering a victory speech Sunday morning after taking the oath of office, the former General Secretary of the NDC said he and the newly elected executives of the party are willing to sacrifice their lives for electoral victory for the party in the 2024 general elections.

He assured that the new leadership will relentlessly fight the NPP to wrestle power from them in the next election.

“We are prepared to sacrifice everything and I mean everything including our lives to achieve victory,” Asiedu Nketiah pledged.

Warning the NPP, the General Mosquito said, “wherever impunity becomes law, resistance becomes a duty. Looking at the array of executives elected today I have no doubt the party wants us to carry the battle to the elephant, we cannot let the country, and we cannot let the party down.”

But Agyemang Prempeh, also known as ‘Agyemang Nie’ believes pledges and assurances cannot win the NDC power if they don’t master the craft of collating their elections results with the help of technology.

“My advice to the NDC leadership is that they should invest so much in technology, ” Agyemang said on Monday.

His comments come on the back of a recent revelation by Asiedu Nketiah that the NDC could not independently collate their elections results in 2024.

Ahead of the NDC Delegates Congress, he is heard on a tape saying their software crashed after receiving results from 5 regions, and added that the situation was avoidable if the then party chairman, Ofosu Ampofo, had done due diligence before purchasing the software.

Previous ‘There is no 8 to break; Ghanaians cannot wait to vote the NPP out of power’ – Dr. Amakye Boateng
Next C/R: 24-year-old woman beaten to death at Buduburam