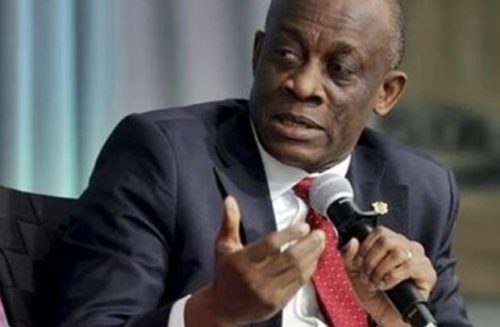 Former Finance Minister Seth Terkper has noted that the signs are looking good for Ghana’s economy.

However, he said, the government must provide facts and figures to support the emerging trends in order to assist people make informed decisions.

“The signs are looking good but let us support it with fact,” he told journalists at the Accra Sports Stadium where the National Democratic Congress (NDC) is having its delegates conference on Saturday December 17.

He further told the government to accept blame when things are not going well with the economy and not just blame them on global factors.

“When it so going bad it is global situation but when it is going well it is the government,” he said.

His comments come on the back of positive signs seen with the strength of the Cedi against the Dollar.

The local currency has over the past few days, especially since the start of December 2022, been gaining strength against the major trading currencies particularly, the Dollar.