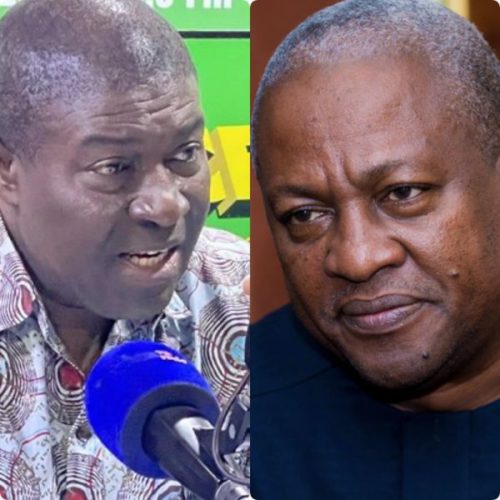 The 2020 Presidential candidate of the National Democratic Congress (NDC), on Sunday, December 18, during the party’s 10th National Delegates Congress at the Accra Sports Stadium blamed President Nana Addo Dankwa Akufo-Addo and his government for the economic woes of Ghanaians.

Mr. John Mahama stated that Ghana has become a begging nation under the Akufo-Addo regime.

“Our dear country, Ghana, that has been a poster boy of democracy, good governance and economic progress stands on the brink of bankruptcy and economic ruin. Yet, we have a President who enjoys sprouting the rhetoric of self-suspect and restrain from begging western nations for support and yet he has spent the last several weeks on the telephone with western leaders asking them to beg the IMF to grant Ghana the recently announced staff-level agreement for an extended credit facility. Our dear nation has never been so put to shame and come close to being a beggar nation as we are today,” he stated.

He further said “this NPP government has done the worst to erode the belief of Ghanaians in our democracy. Many Ghanaians see their situation as hopeless and are willing to take the hazards of dying in the Mediterranean sea or electrocution on a high tension transmission line in Kasoa”.

Mr. Mahama however urged Ghanaians not to lose hope saying “countrymen and women, let us not despair; they say the darkest hour is before the dawn and they also say, in every adversity, we find opportunity and Bob Marley also say when one door is closed, another is opened. Ghana shall rise to a new dawn!”

But to Nana Akomea, Mahama is a hypocrite to be making such comments.

“When he talks like this, he exposes his hypocrisy,” he said while contributing to a panel discussion on Peace FM’s “Kokrokoo” morning show.

Nana Akomea alluded to some previous statements made by Mr. Mahama when he was the Head of State in 2012, to back his assertions.

“I do think we should also look at the reality of the world situation, the global financial crisis and all of that” and still as President, delivering a State of the Nation Address in 2015, he further stated that “our economy is still fragile. This year, we have revised the growth figures downwards because of the developments in the international market. You know China slowed down and it’s affecting the whole international market,” Nana Akomea quoted the former President’s statements.

He, therefore, wondered why Mr. John Mahama is failing to appreciate the global crises that have impacted Ghana’s economy today, and rebuked him for bastardising President Nana Addo for visiting the current economic challenges on the citizenry.